5 minute meditation on flowers in the Victoria Shambhala shrine room and 5 minute time exposures with 4″ x 5″ camera. I work with a small group of meditators who create weekly flower arrangements for the shrines and alcove. An ancient meditative practice, Ikebana is as much about the doing of flowers as what gets done to them. Seen as a way of harmonizing humanity and the natural world, life and death, the process involves the slow and deliberate construction of arrangements based on ancient core principles and rules of form.

“Yes, the image appears, or no it does not. The flower grows until plucked and positioned before its demise. A photographer once noted to the chambermaid at a hotel that dying flowers are just as beautiful as their former lively self and that he would appreciate her not replacing them so fastidiously. But an image nearly never dies, until it does, and so we look for that beautiful decay. The death rattle of a philosophy just before it vanishes. An aesthetic coup.

The image acts as a document, and in this way it’s uniqueness is less important than it’s mutability; to act as frame only to be reframed, a print on the wall (or several) offers the information as a document of that print, or those prints, on that wall. The document is folded into a book small enough to take with you, anywhere. Thoughts emerge to dissipate to reemerge through memory or device only to travel.

This monochromatic palette is also how memory works — in black and white with a million shades in between, some of which even trick you into conjuring a light spectrum, but let’s be honest, what’s left to rattle around our minds is, more often than not, a dull shadow of the real event having passed through our cornia. Just as memory breaks down over time, so too has the imposed divide between two and three dimensional space been made askew with the combination of photography, assemblage, and ceramics. In this way, sitting, breathing, standing, and laying down all coalesce. This is not about what came before or what might transpire; this is only now. The only truth is that flowers are alive, if only briefly. Legs tire. Lungs collapse. The sun fades out. Colours dry up. These vagaries of impermanence remind us that what most hold true as beautiful all too often falls short.

The shadows cast, from eyes that dart and then crawl; from the stems that sprout up and spurt petals only to spit them out; from a shutter that actually captures light to burn it in place and then from vessels that keep it hidden away; shadows from our elegant if not clumpy respiring bodies erect, or at ease, even supine, are cast.  ”   From the curatorial essay by Kegan McFadden for the exhibition Studio Practice: Meditation Practice. 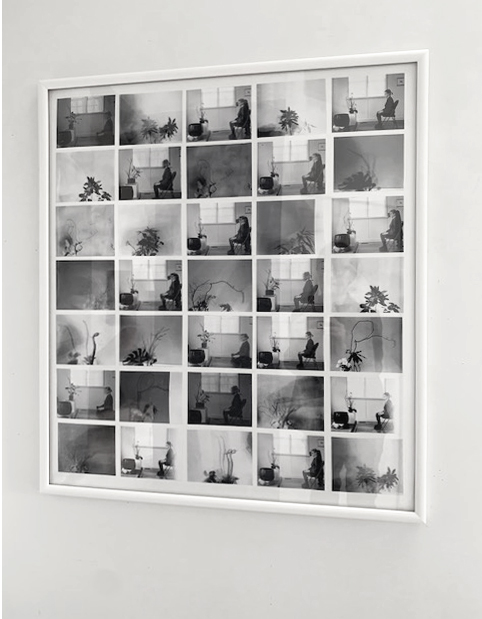 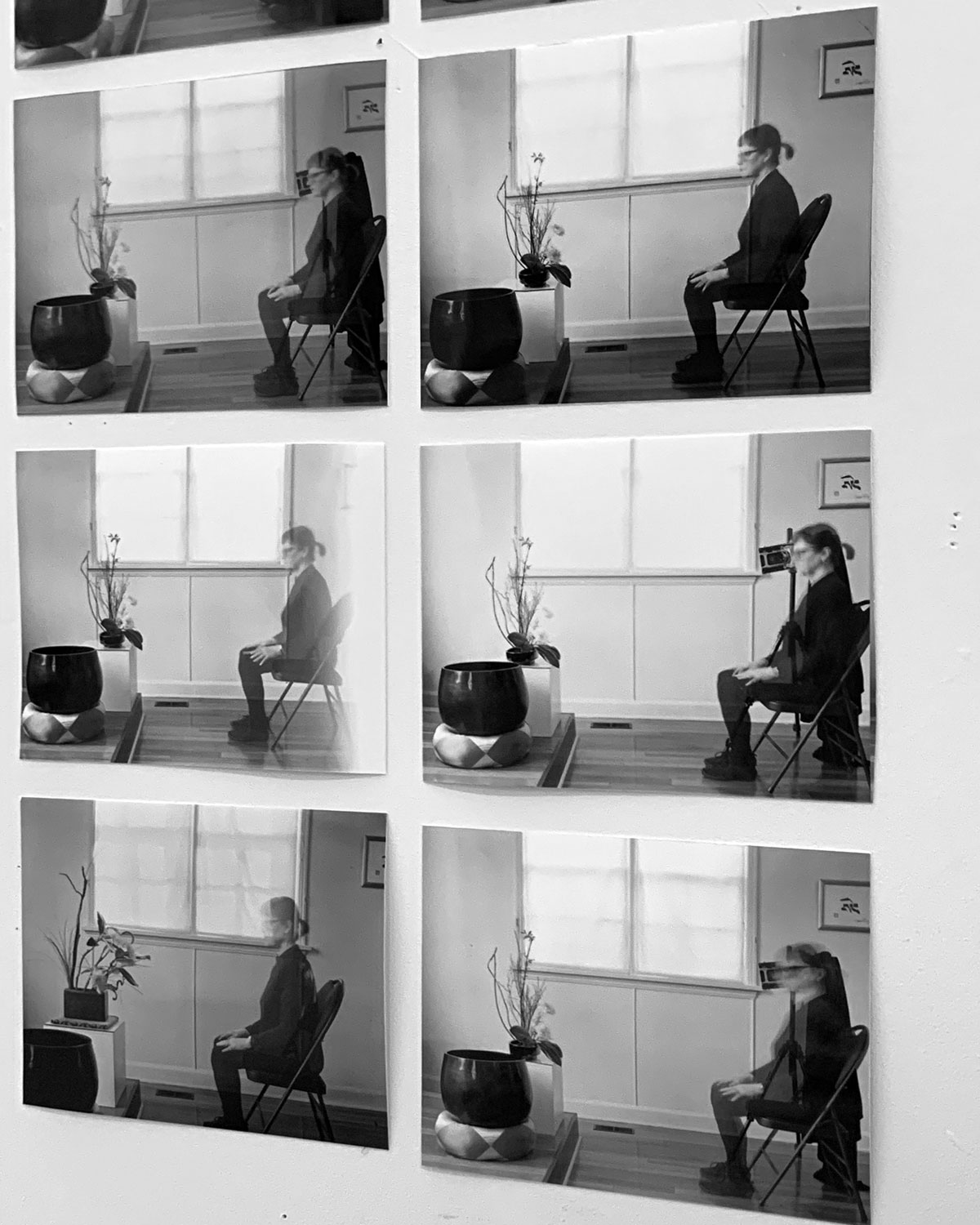 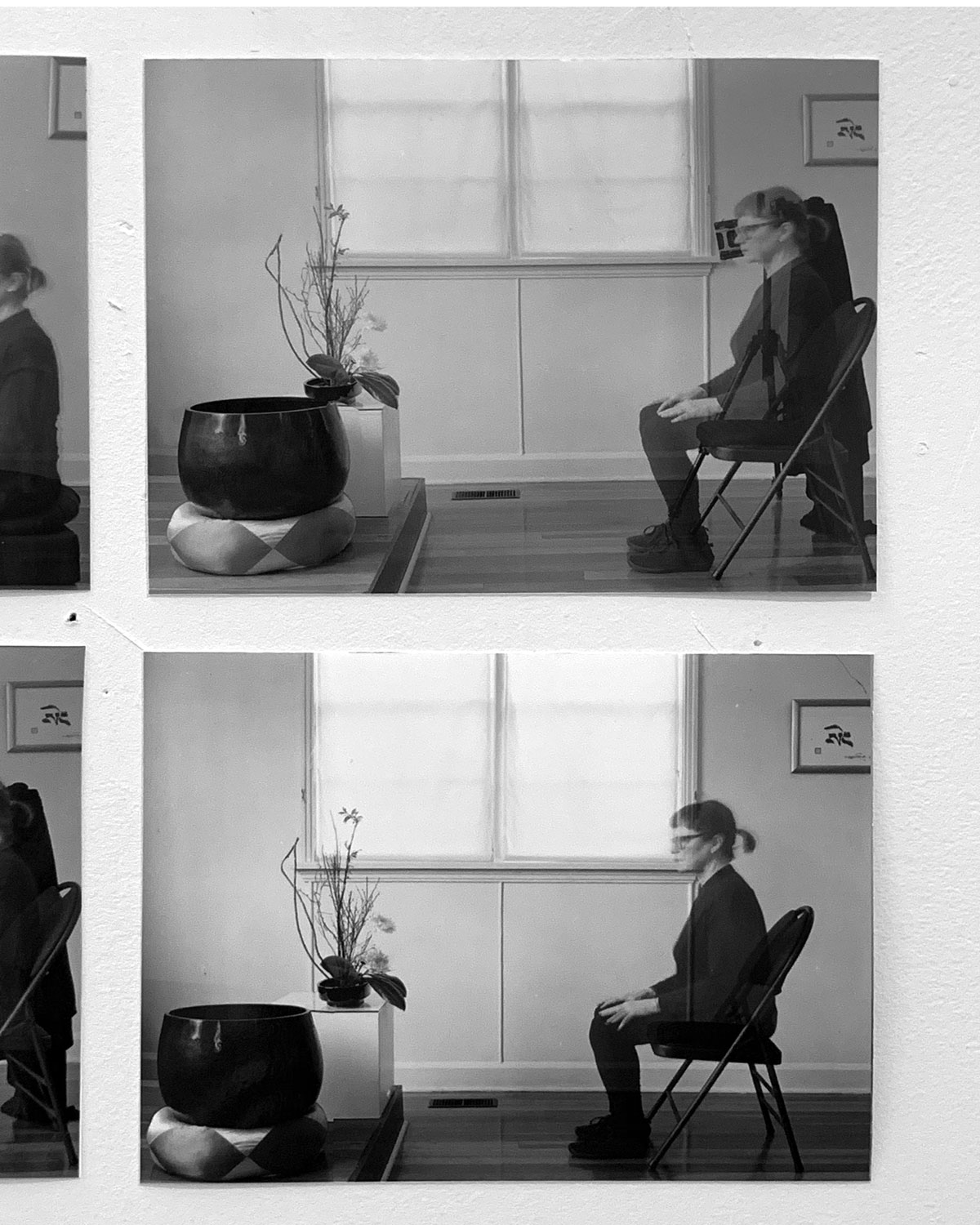 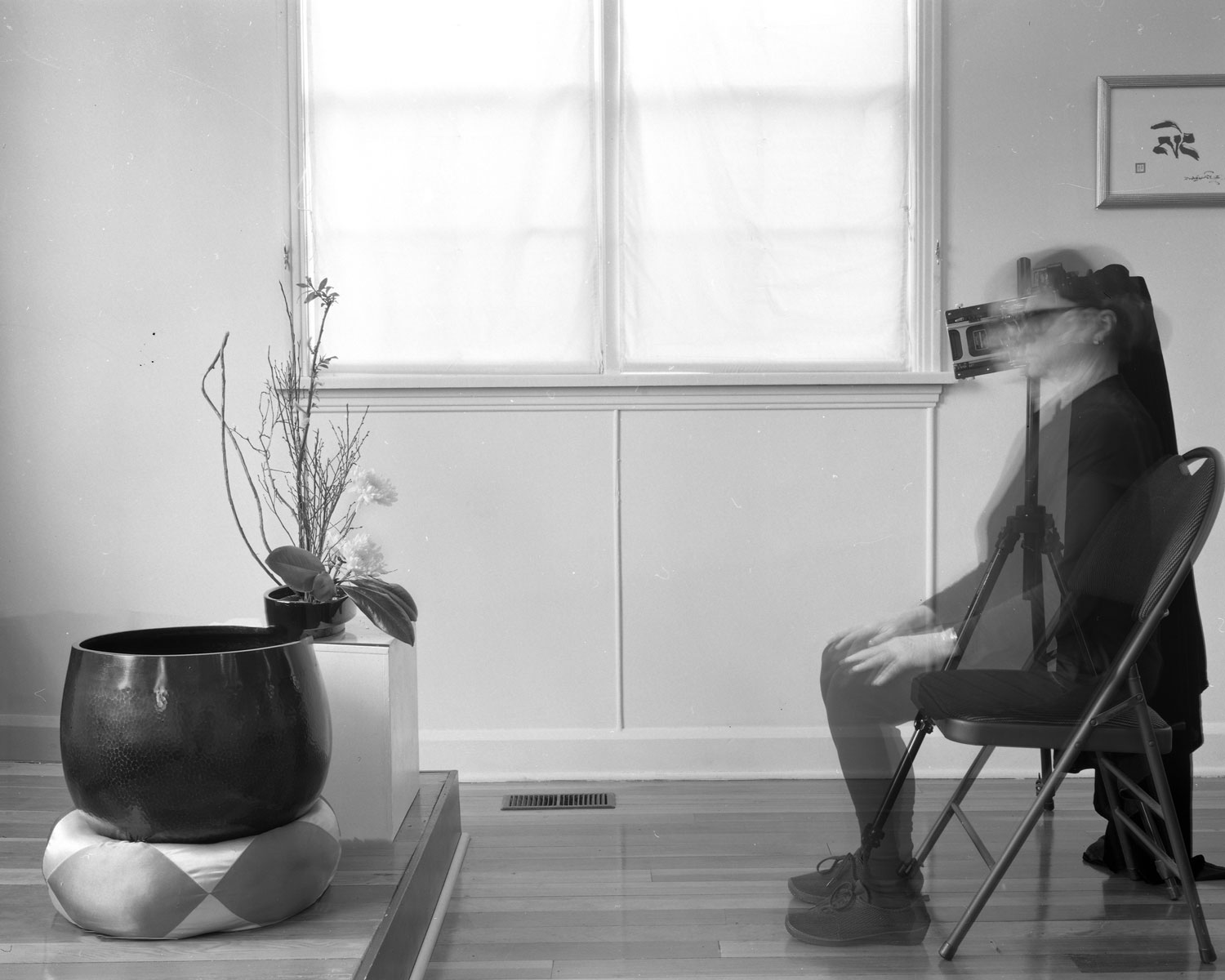 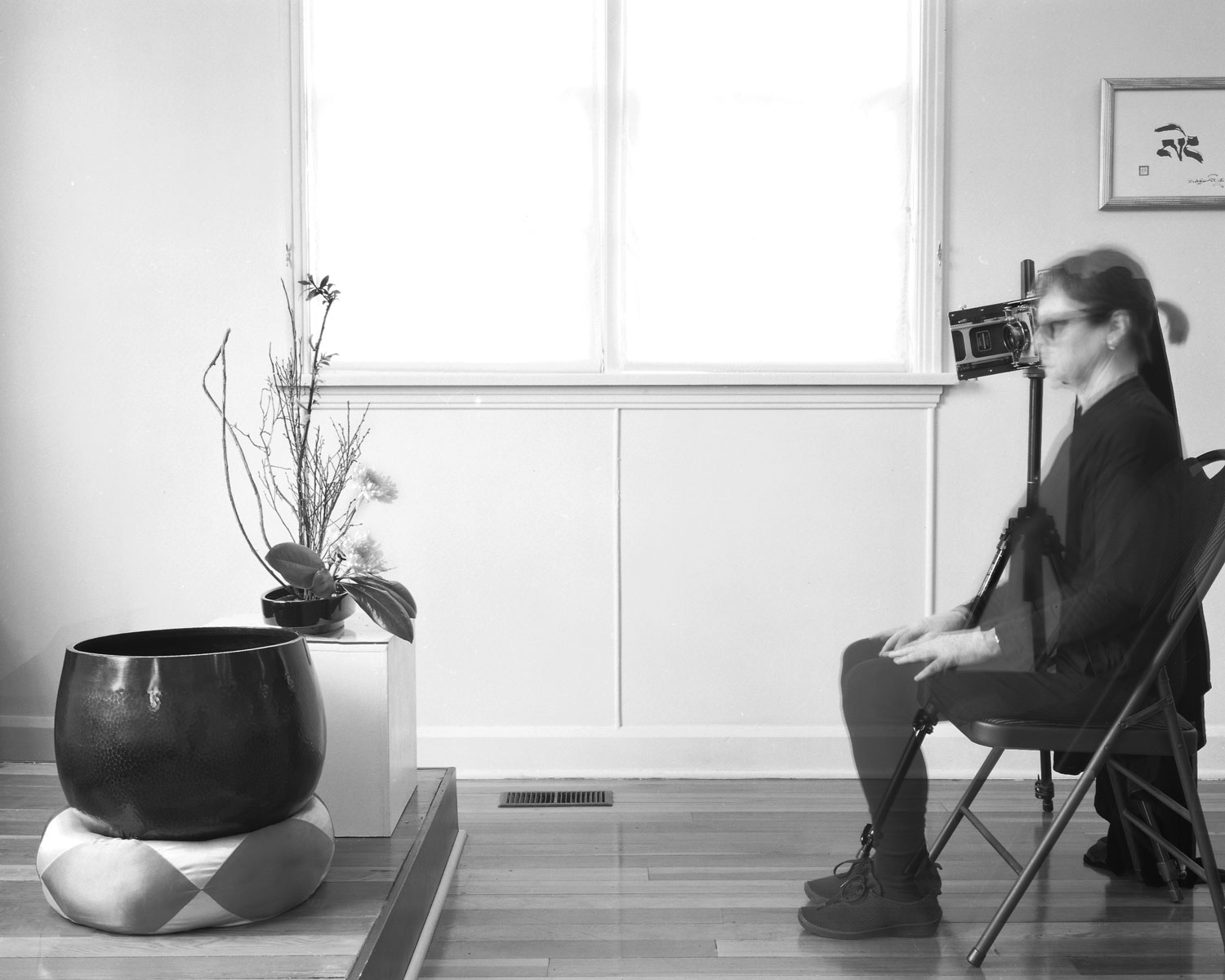