These ‘still life’ assemblages are art practice and at the same time are about art practice. Building upon my longstanding interest in the studio as a site of art making, I have shifted my attention  towards the tools and materials of art production. The objects these photographs reference were once part of a lively flux of hands on activity in various sites from darkrooms to print labs to art studios etc. They are now static, frozen in the instant that the photograph was taken. Organized within a visual field, teetering between abstract forms and photographs of things in the world, these new objects become both the material and the subject for these ‘still life’ projects.

I meander around the studio taking pictures, pictures of the objects and materials that form a part of my everyday art practice. Later on I go to the darkroom at the university, then to the dry mounting room and the equipment sign-out room. Later that week I am shopping at Industrial Plastics and I photograph a stack of foam core; then at Lens and Shutter I photograph packages of fiber-based paper. Everywhere I encounter objects and materials that I use to make my work and as I click the camera lens the objects reflect their light onto 4” X 5” sheets of film. Over the past century the materials and processes that artists use have expanded exponentially as have the places in which they are encountered. No longer limited to the brush and canvas, chisel and wood they move freely through the world of the digital and the mass produced, consuming, borrowing, recycling and combining.

Foam core and photographic images now push these once useful objects into provisional items, modular pieces capable of rearrangement. Although the modules settle into particular forms, i.e. PRACTICE (shelves 1), PRACTICE (shelves 2), PRACTICE (ladders), PRACTICE (tables)  I remain open to the creation of new ‘still life’ arrangements should the site for their exhibition vary.

Jane Bennett writes about material agency in her book Vibrant Matter: the Political Ecology of Things. She challenges the anthropocentric view of the world that has long dominated subject-object relationships. She argues that in this time of social, political and environmental precariousness, re-considering our engagement with the material world is not apolitical but instead urgent. She asks, “how would political responses to public problems change were we to take seriously the vitality of (non-human) bodies… the capacity of things – to act as quasi-agents with tendencies of their own?” 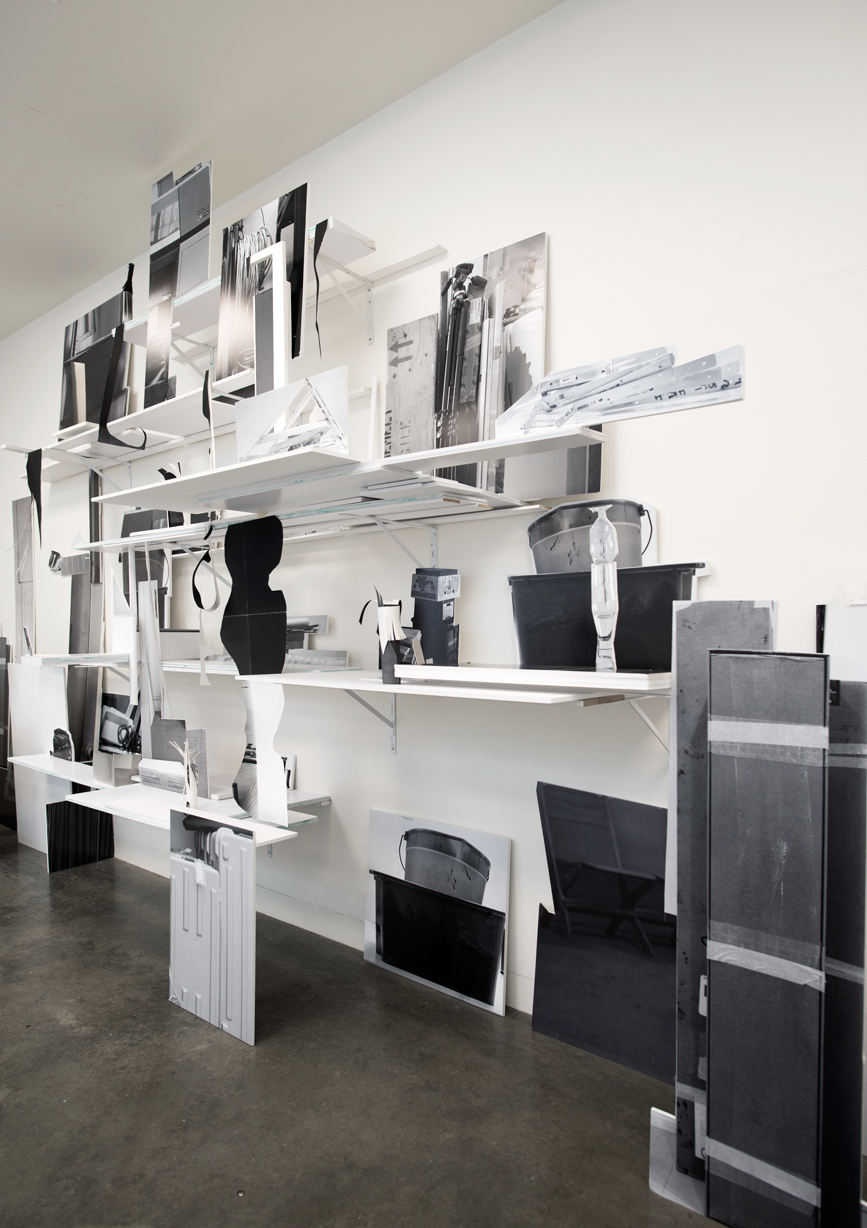 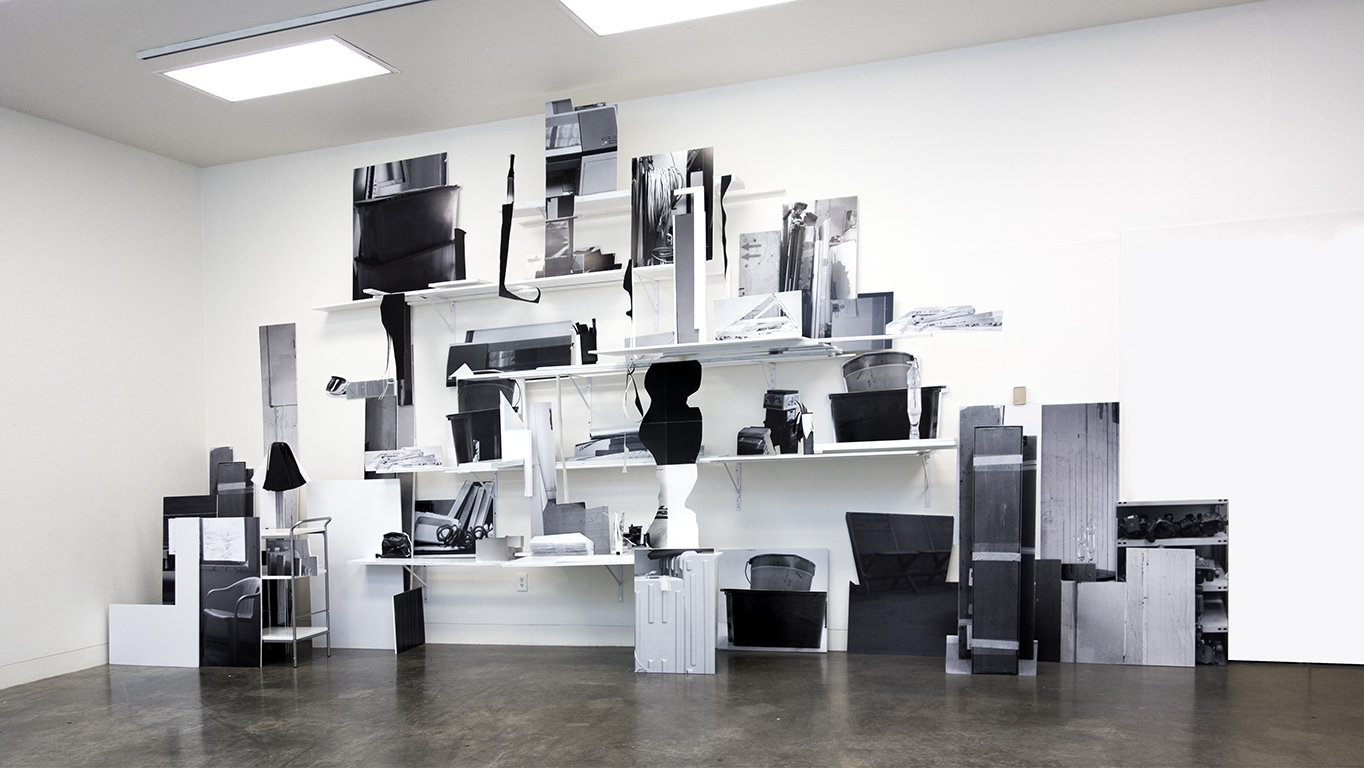 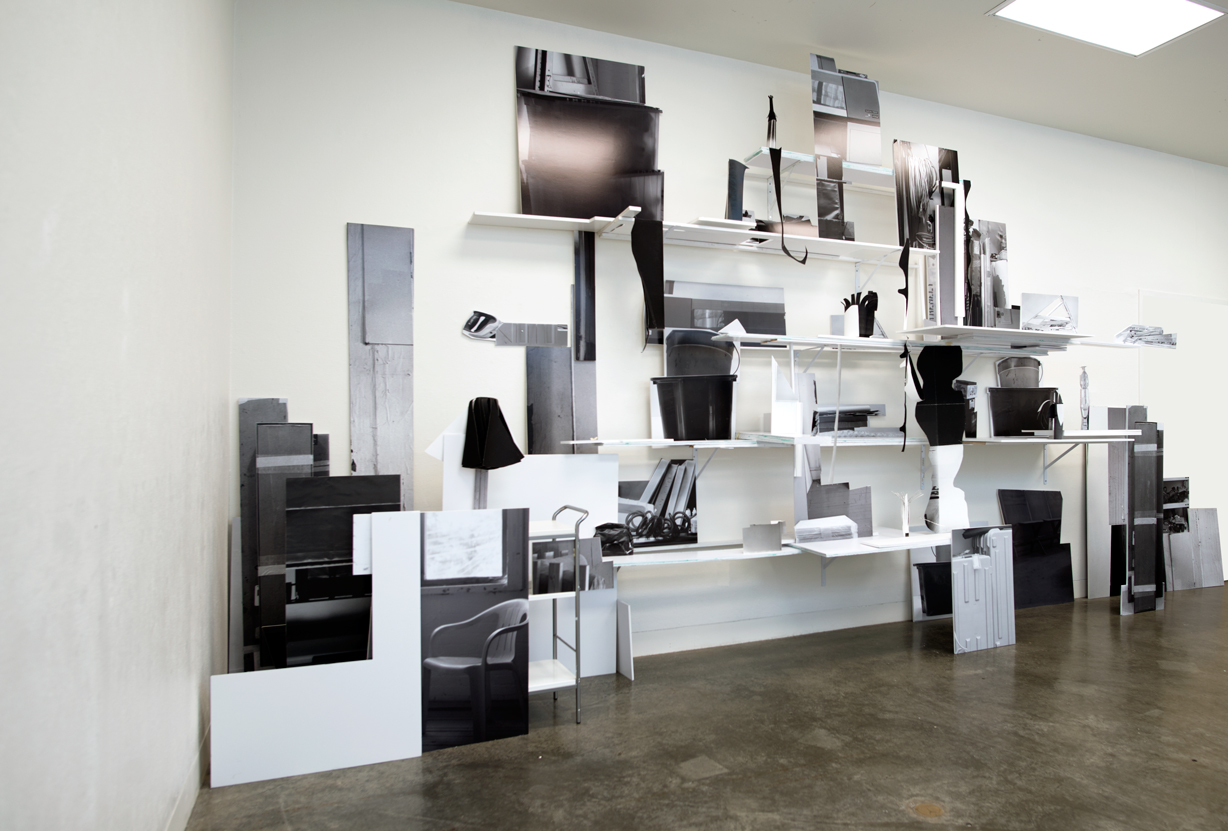 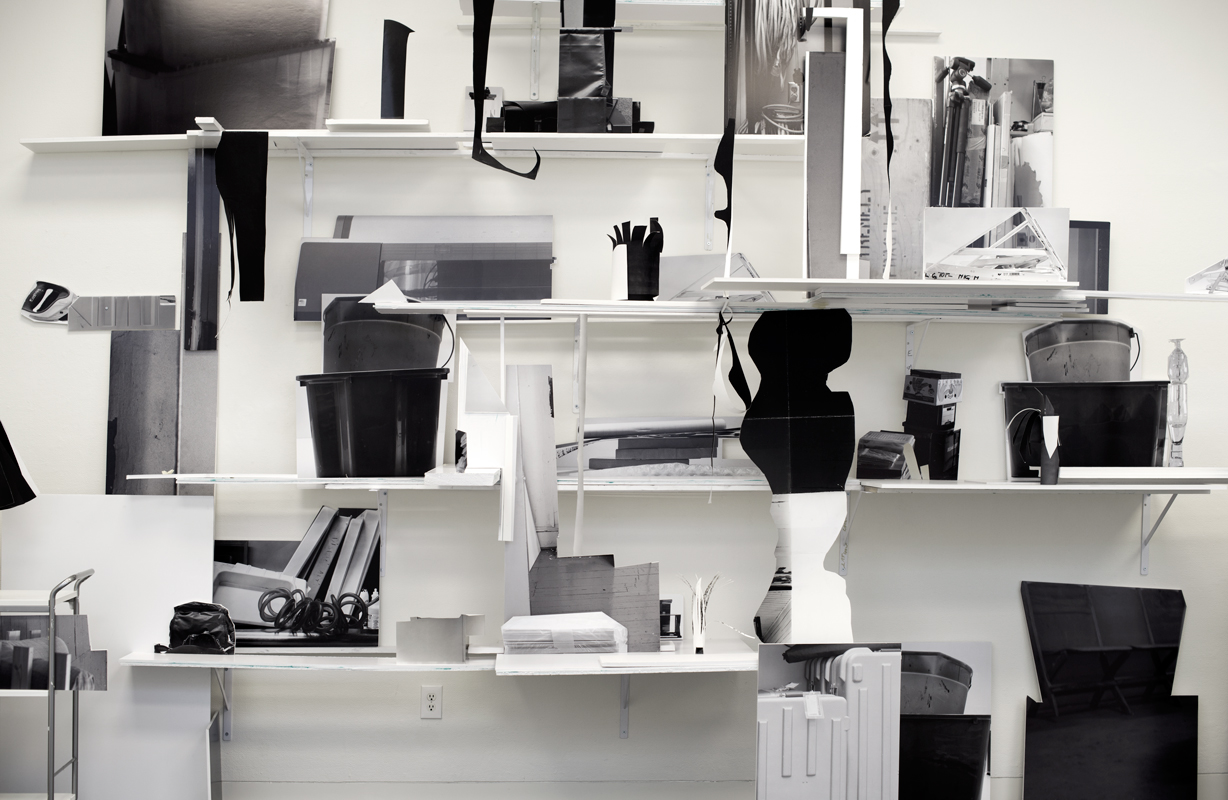 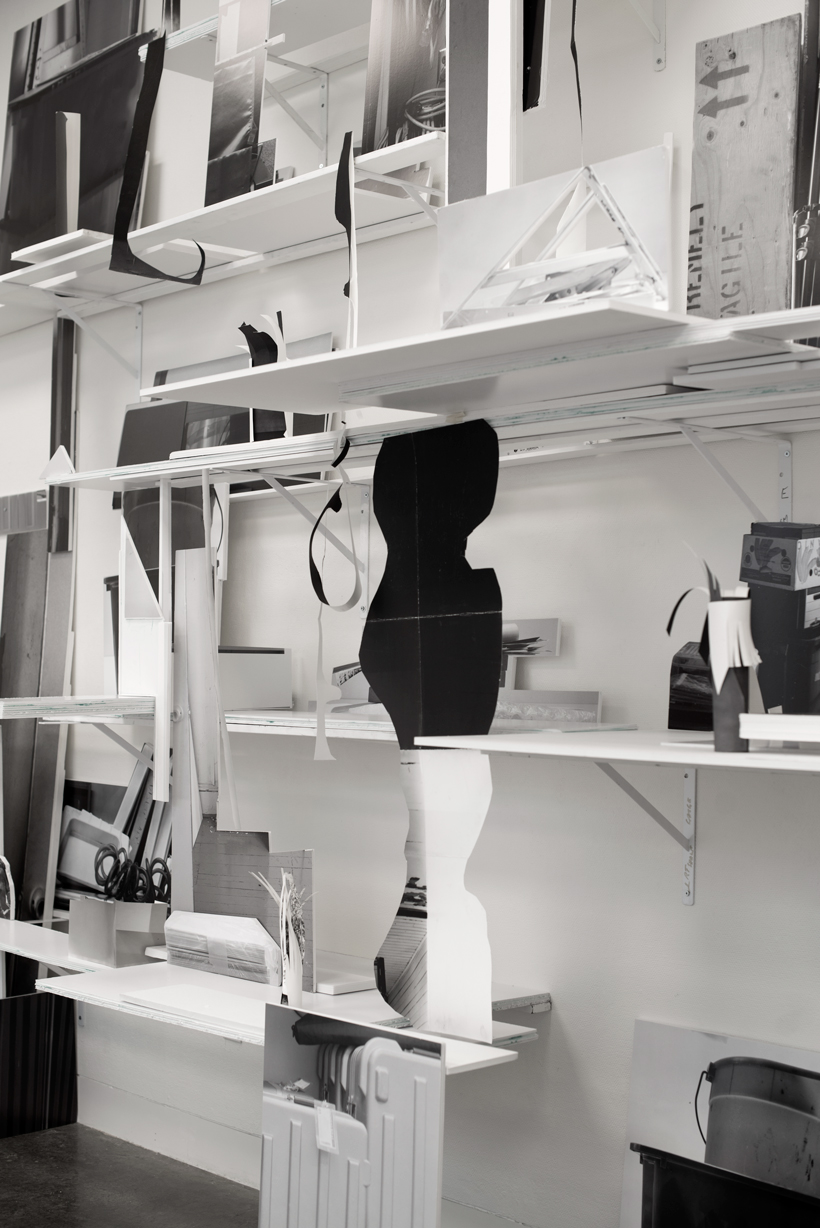 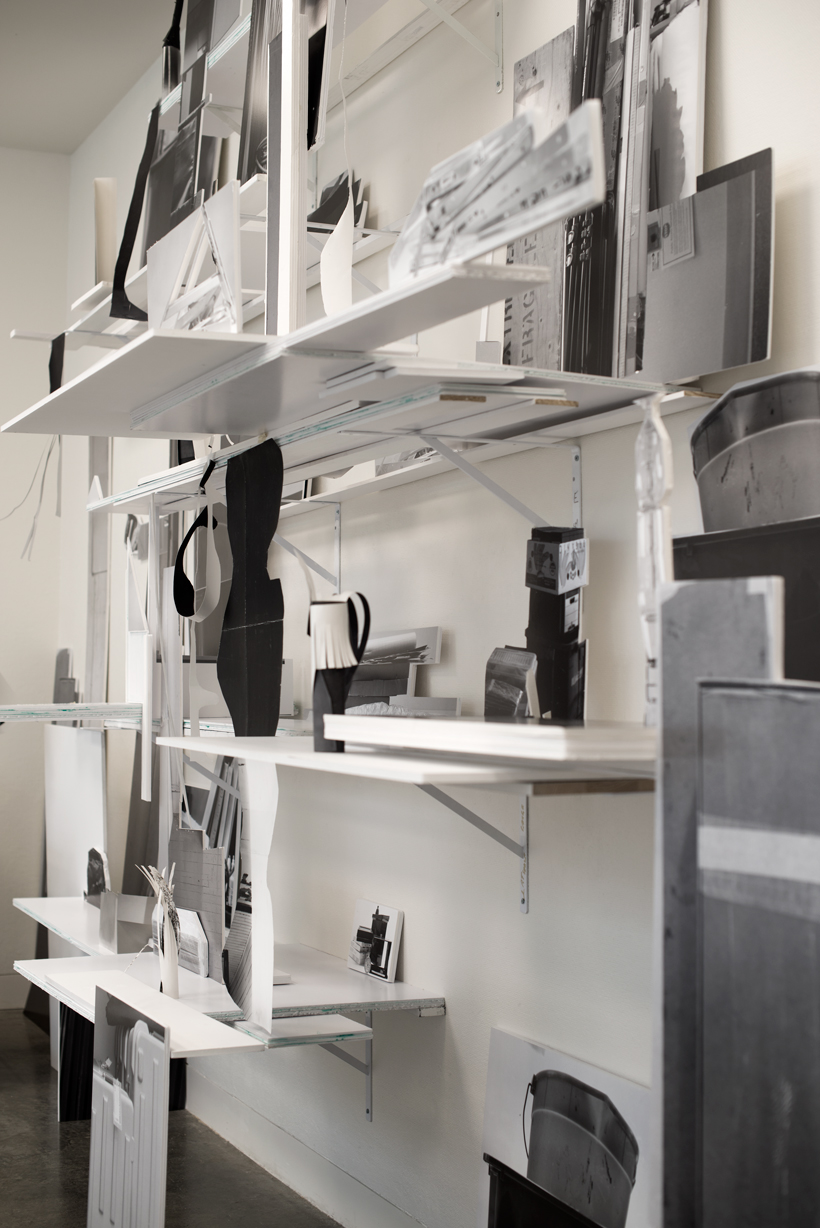 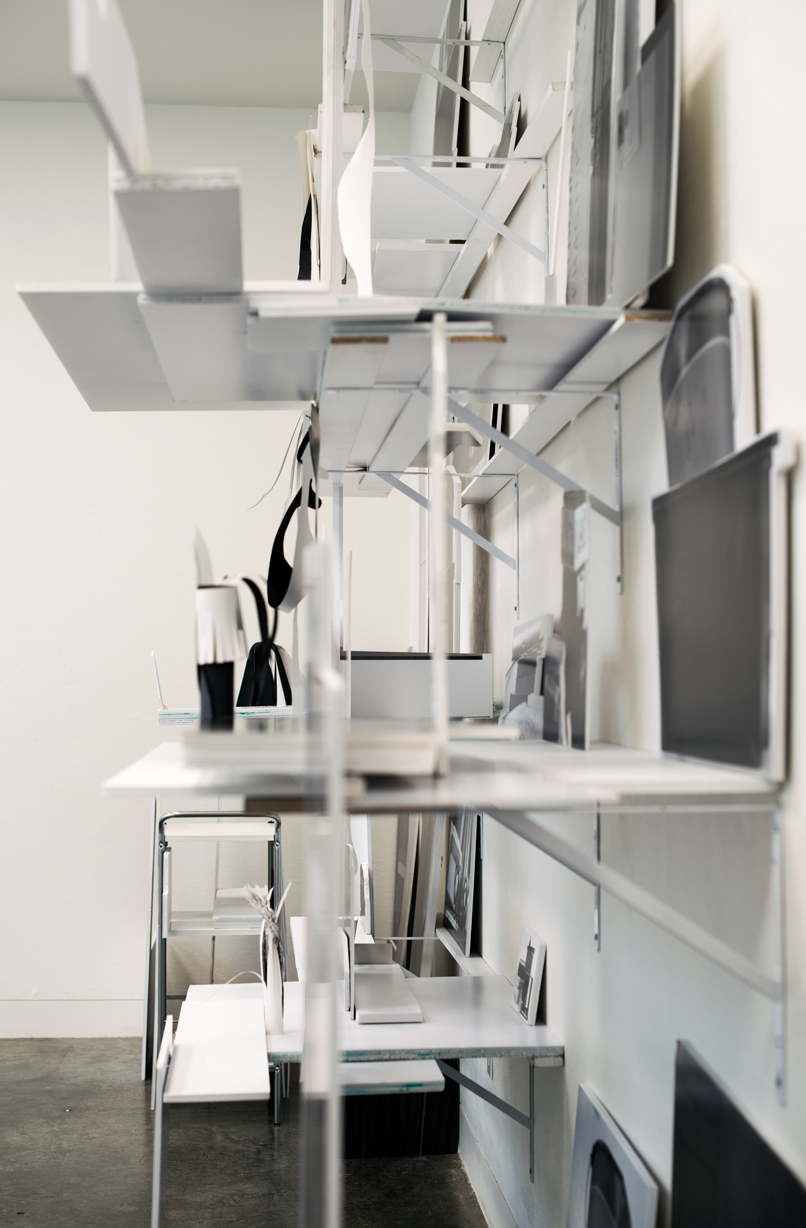 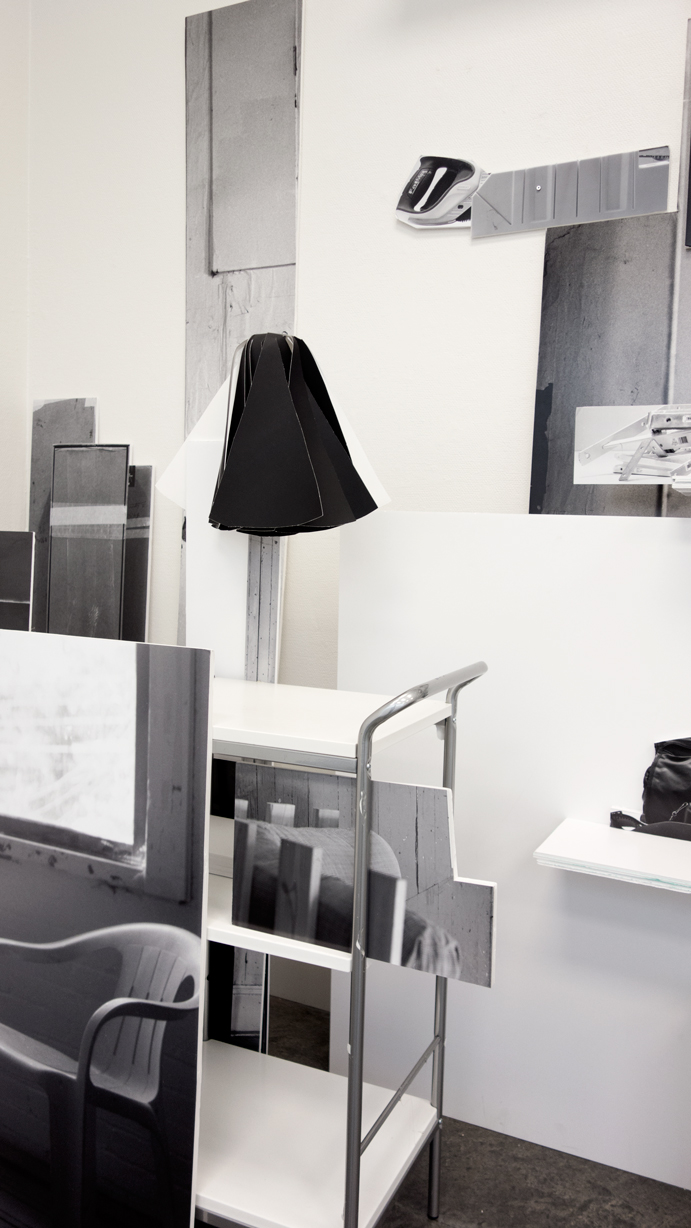