In addition to my art practice I also practice meditation and over the past several years I have explored ideas of meditation practice in relation to art practice. My most recent installation of work titled ‘COMPOST’ began with morning ‘walking meditation’ in the forest near my house. Returning to the studio I would then use clay to recreate the vegetative forms I had encountered. Fired and then painted with black ink they were then pieced together using epoxy putty into long vegetative forms. The clay pieces were assembled in a number of different ways over the course a year or so; looking, contemplating and then reassembling until they reached their final iteration as wall mounted forms.

Using my large format cameras, I documented these works in their various states of completion and placements. A process of back and forth between the camera and the sculptural work ensued until completion. The final installation includes both the sculptural forms and the photographic ‘interpretations.

Black ceramic forms hang as if dead and the photographs that document their ‘lives’ are defaced with black drips and smudges; death, impermanence and decay.

I began practicing art decades ago and my curiosity regarding the experience of looking at an object photographed versus our experience of objects in actual space has sustained my practice… differences between how we come to understand a thing we share space with, the physical experience of an object –versus a mediated encounter with something depicted in a photograph.

The photographic parts of this installation query the documentary and indexical quality of photography by bringing it into conversation with the imaginative and expressive nature of painting. The ceramic sculptural work’s properties of stasis, immutability, materiality, physical weight, presence and assuredness belie the transience, fragility and vulnerability that I wanted it to convey. In addition, the sculptural object remains mute regarding its place of origin and its long process of becoming.  The painted photographic series conveys a quality the sculpture is incapable of revealing. 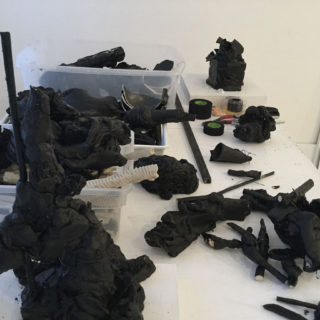 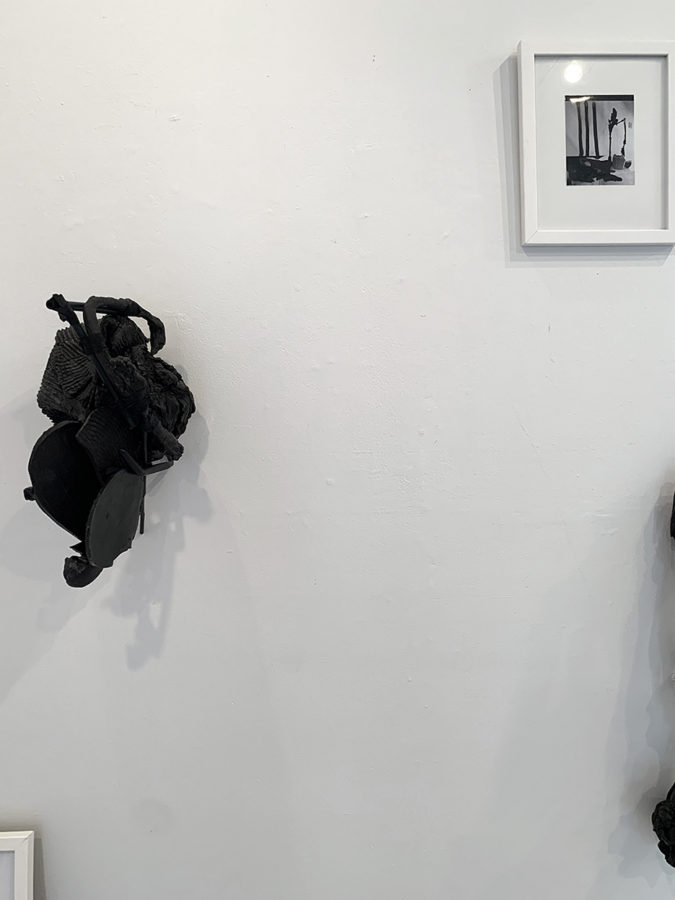 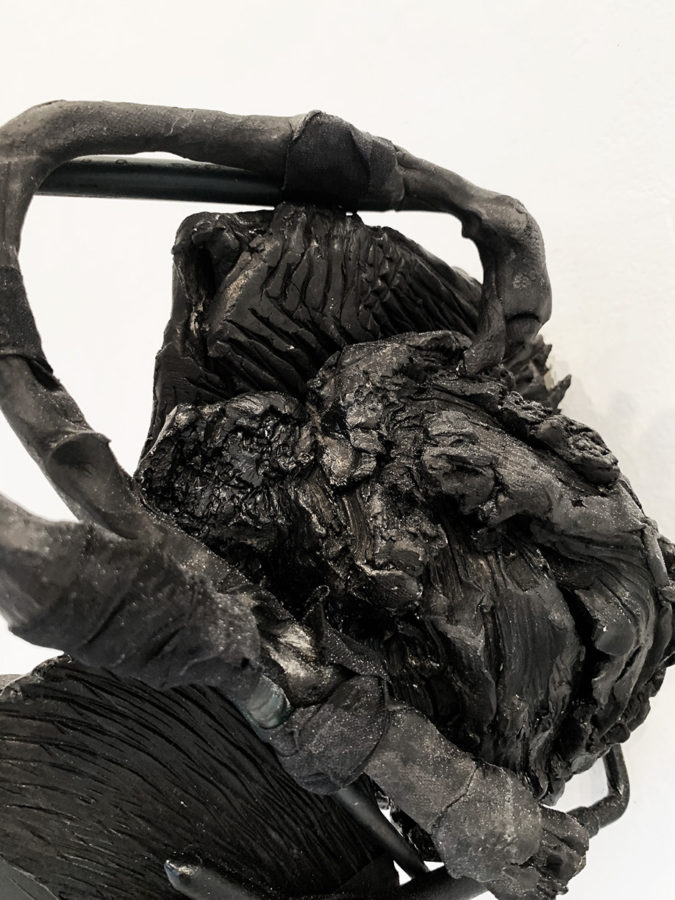 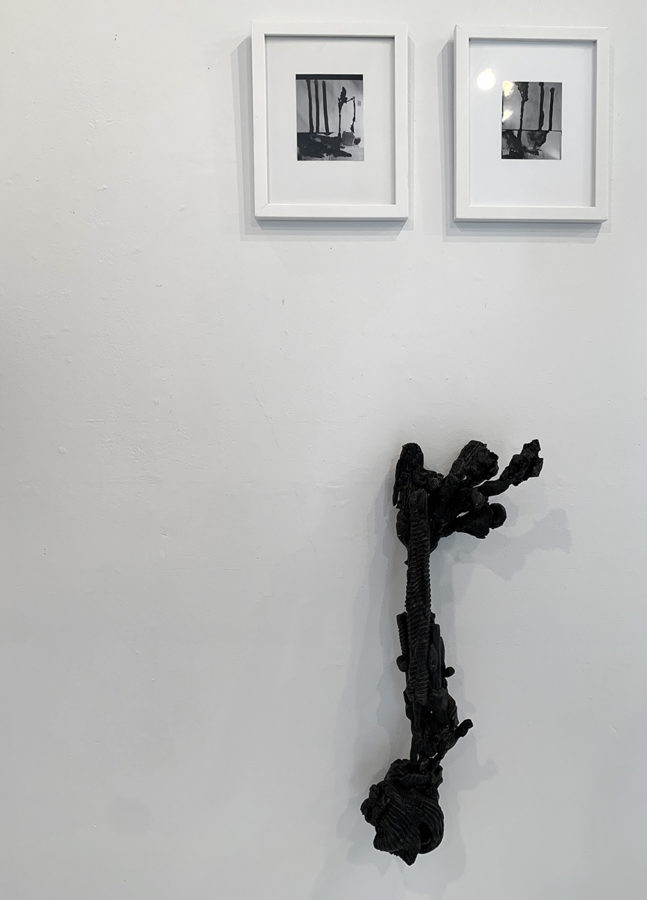 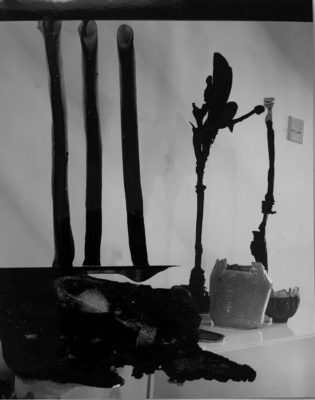 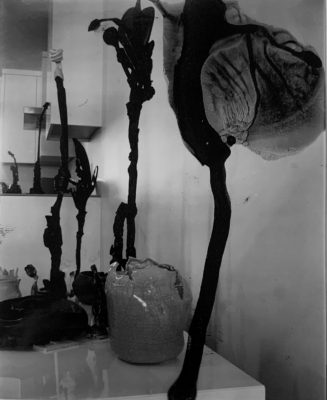 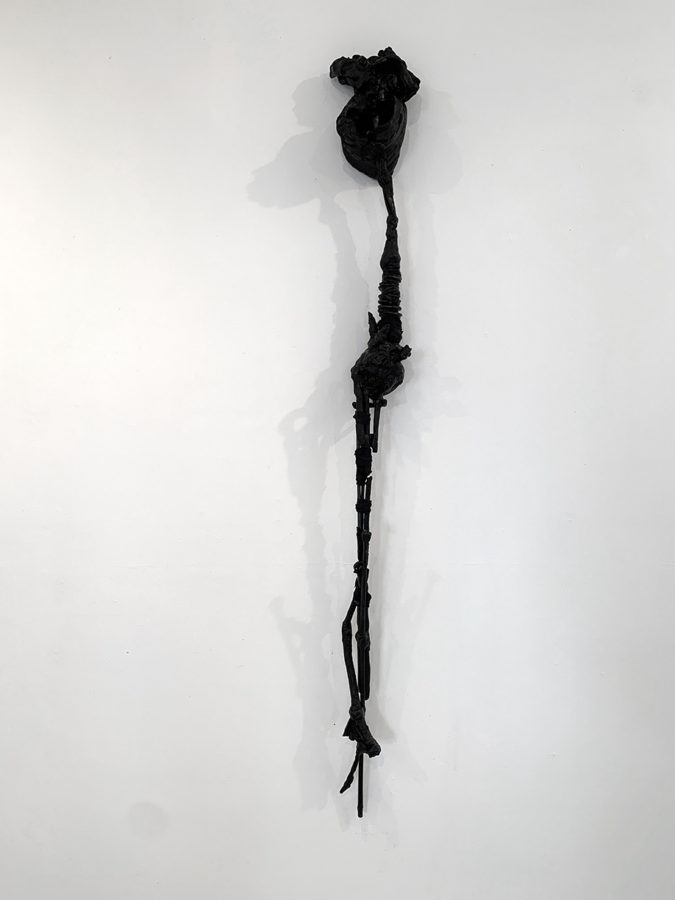 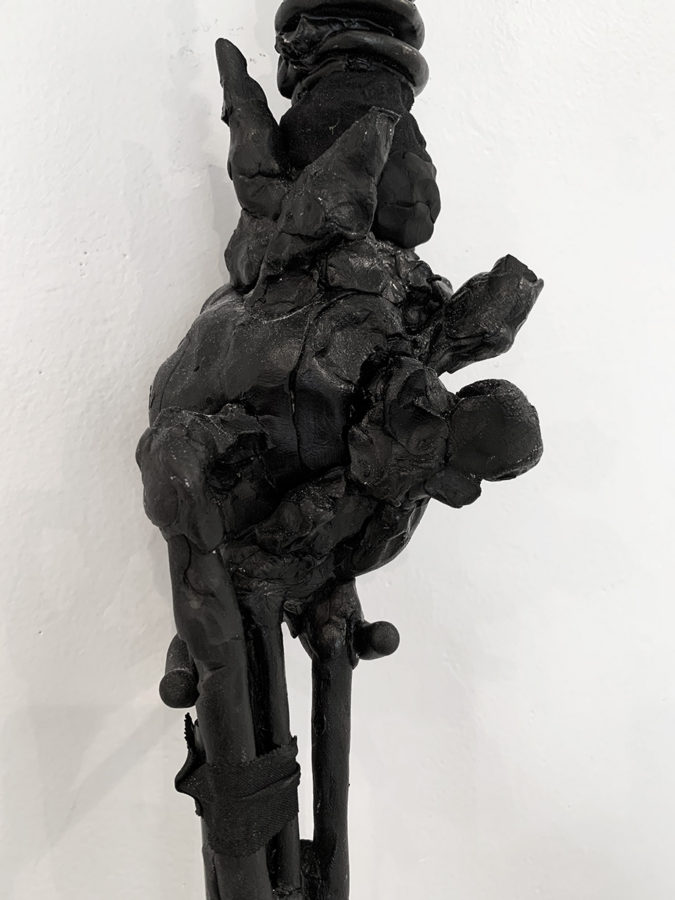 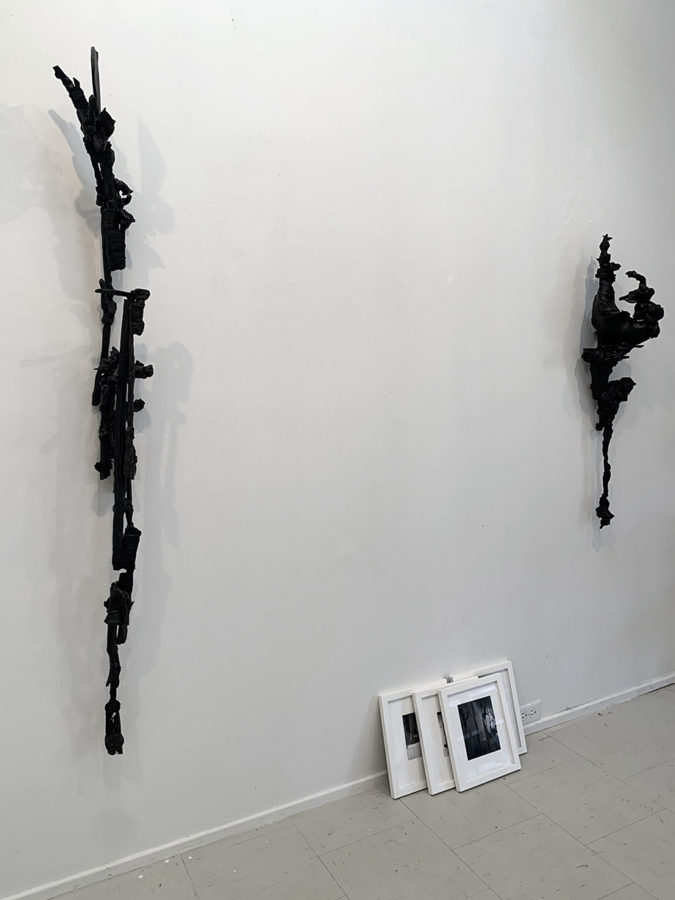 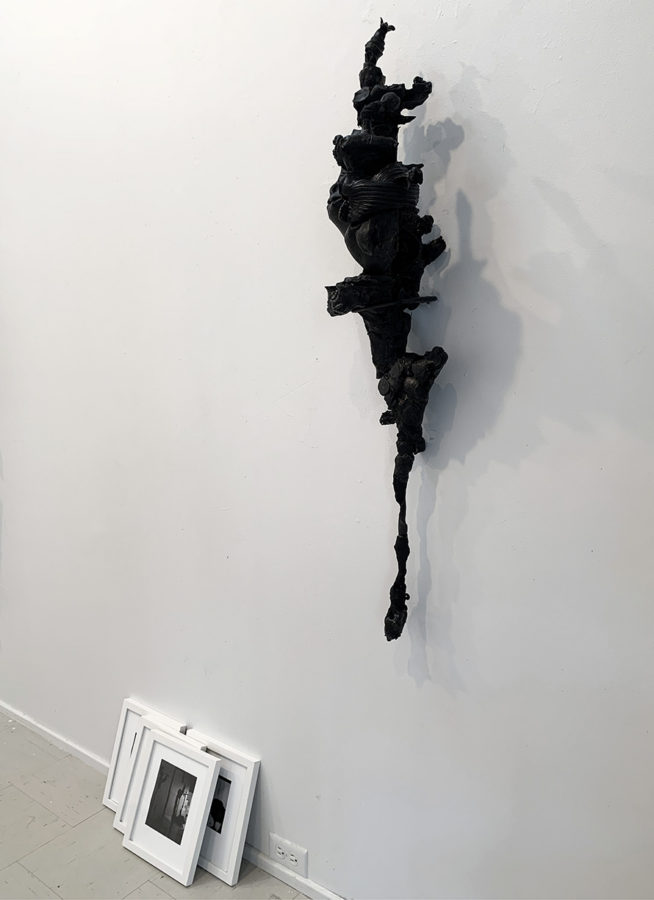 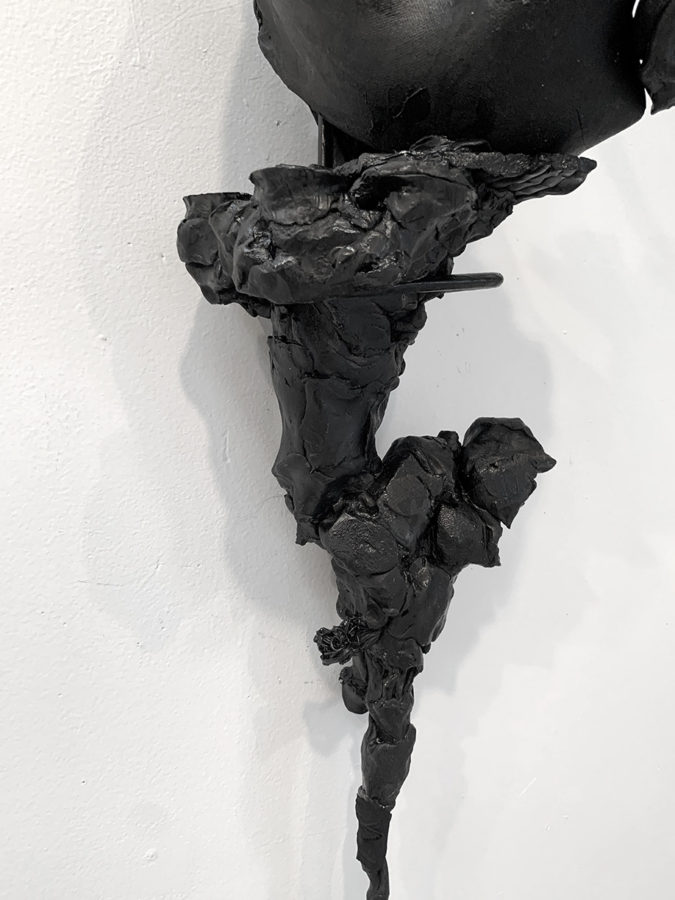 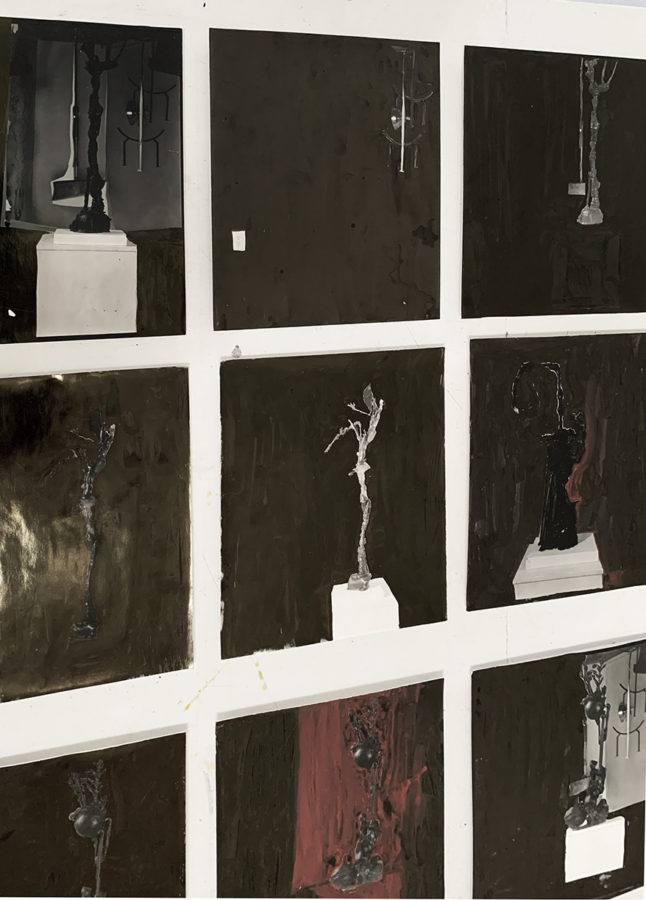 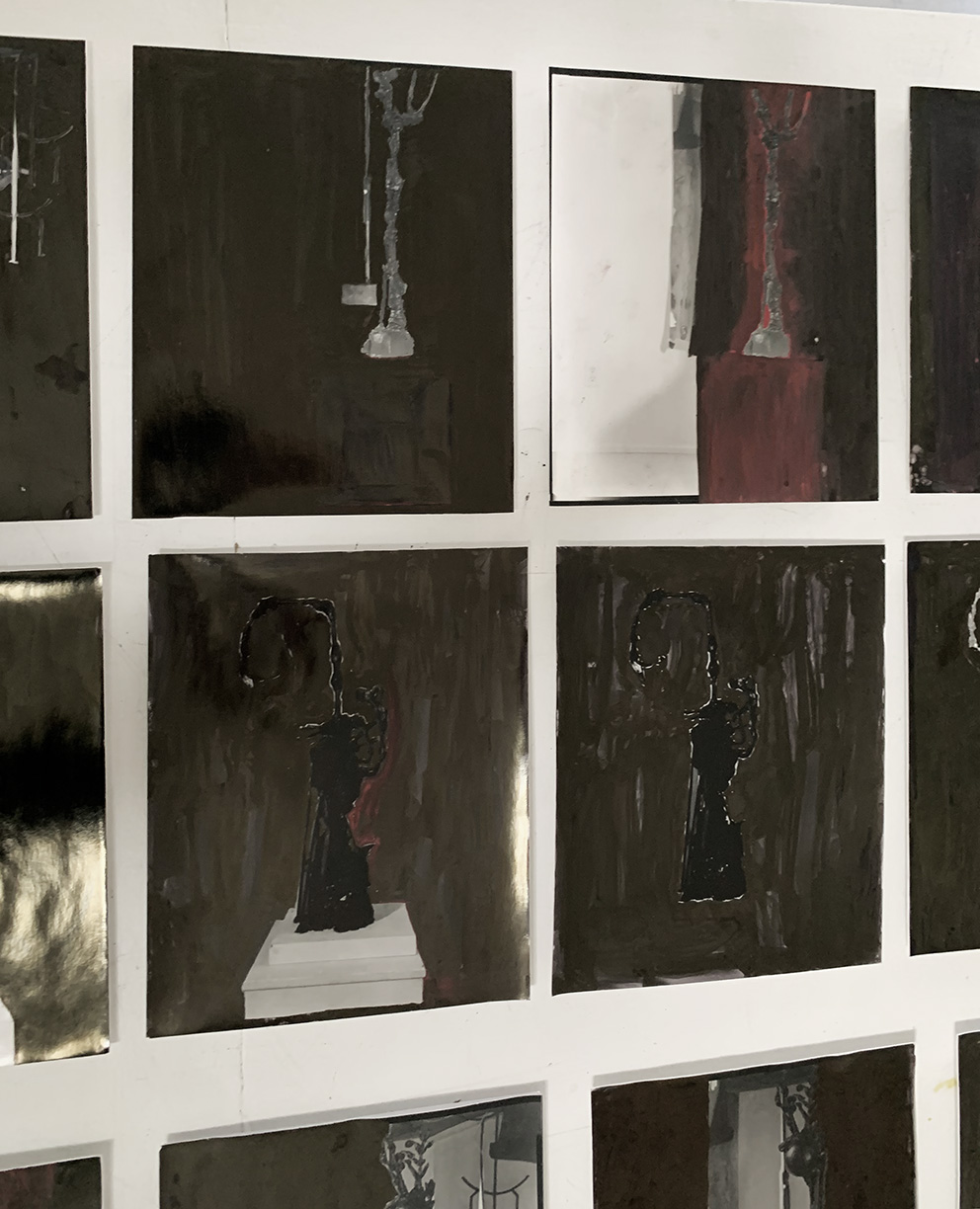 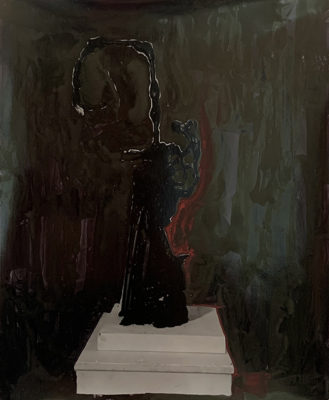 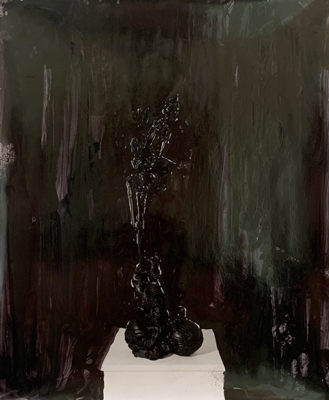 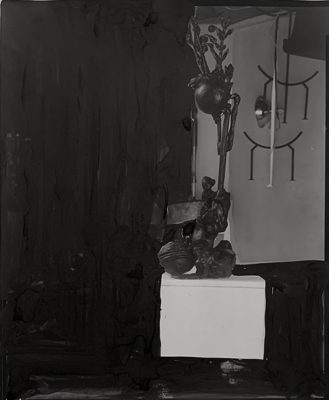 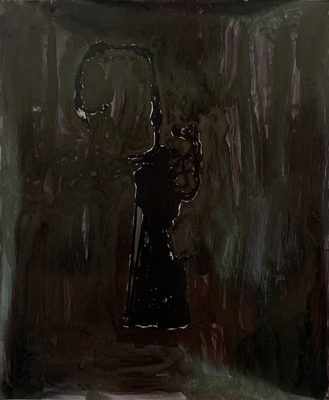 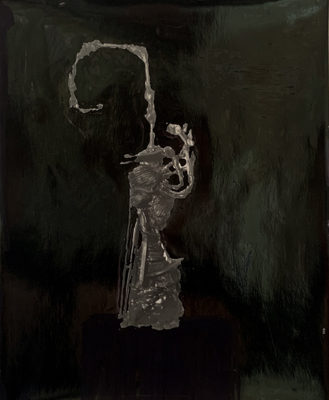 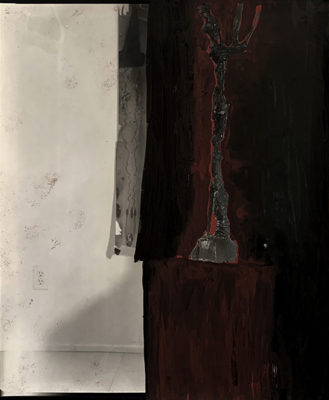 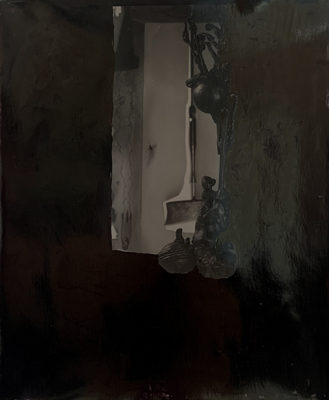 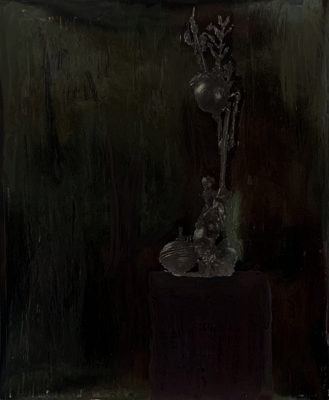 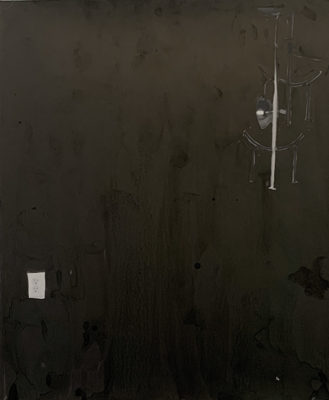 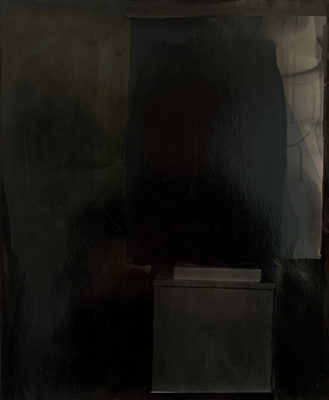 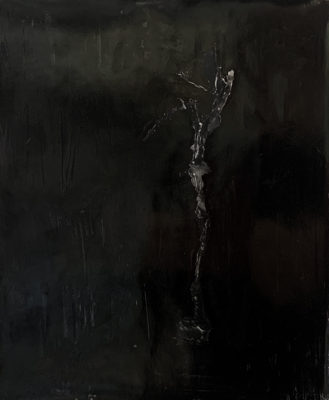 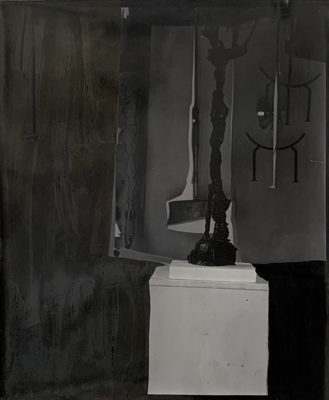 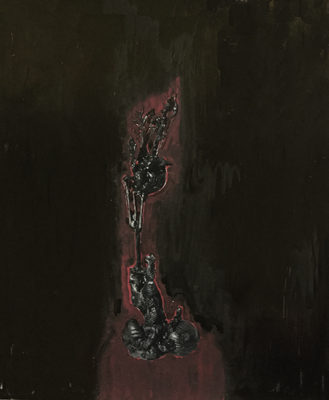 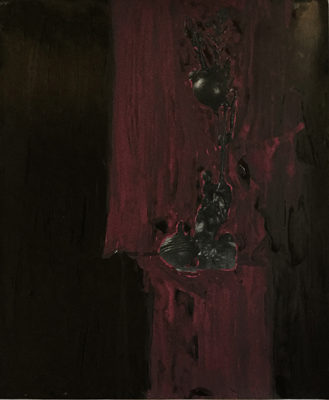 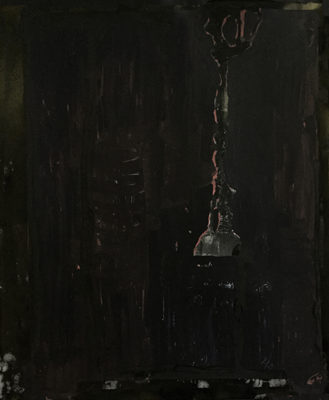 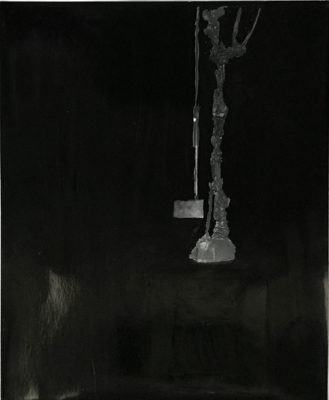 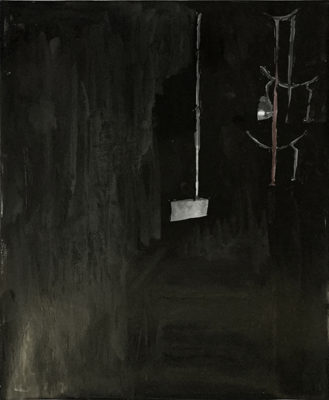