In 2009 Trudi Smith rented a studio space in Victoria’s Chinatown.  I visited. It was then that I re-encountered the studio I had inhabited twenty-five years previously. My gaze turned to the long wall on which I had worked; layers of white paint, the mahogany plywood that I had nailed over the wall of narrow vertical pine boards. Although 562 Fisgard St. was originally a shrine room and rooming house, the Chinese Benevolent Association began renting the space to artists as part of the re-development of Chinatown in the 1980’s.

With our common interest in the connections between feminist art practice and the studio  Trudi and I decided to use the wall and its years of ‘layers’ as a subject of investigation. This led us to the creation of an artist book, an academic publication, a large format camera, a series of photographs, glass plate photography and commuity events in the studio called 1:1 (25 MInutes). 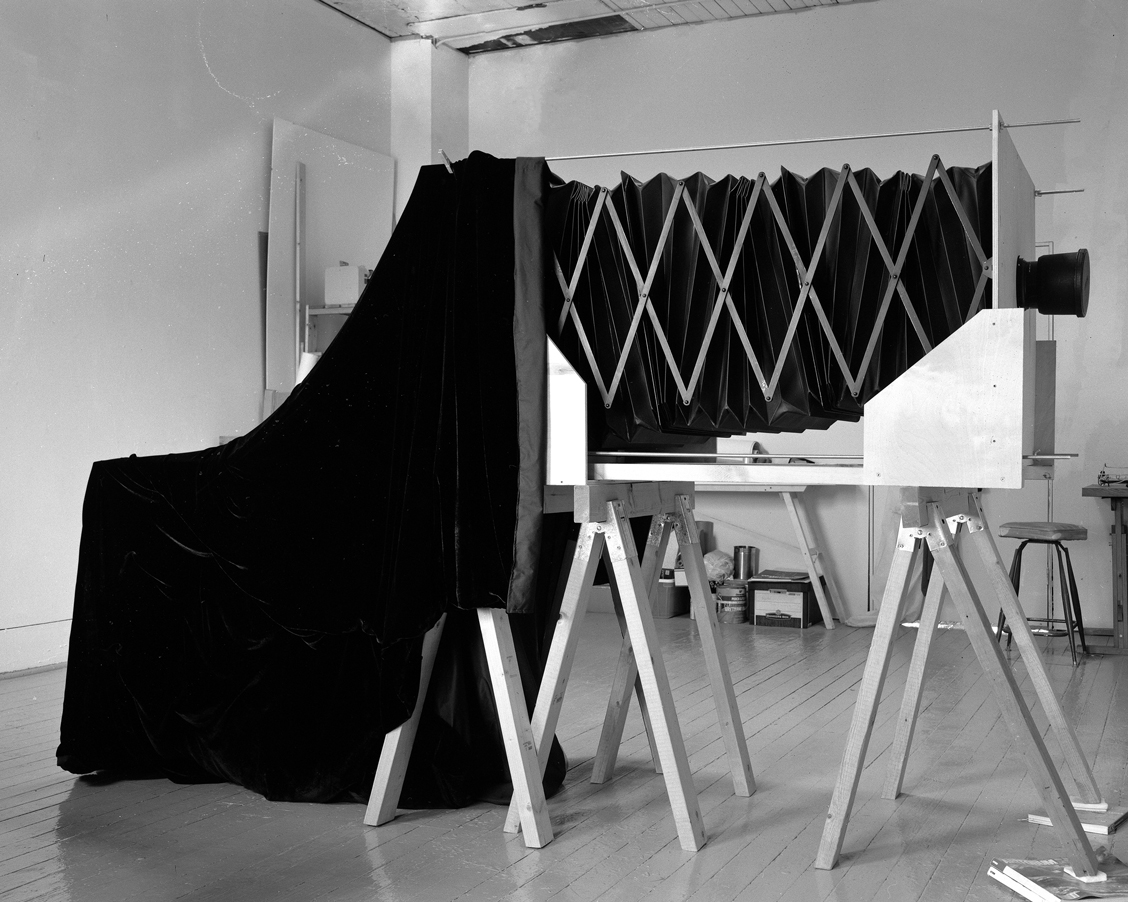 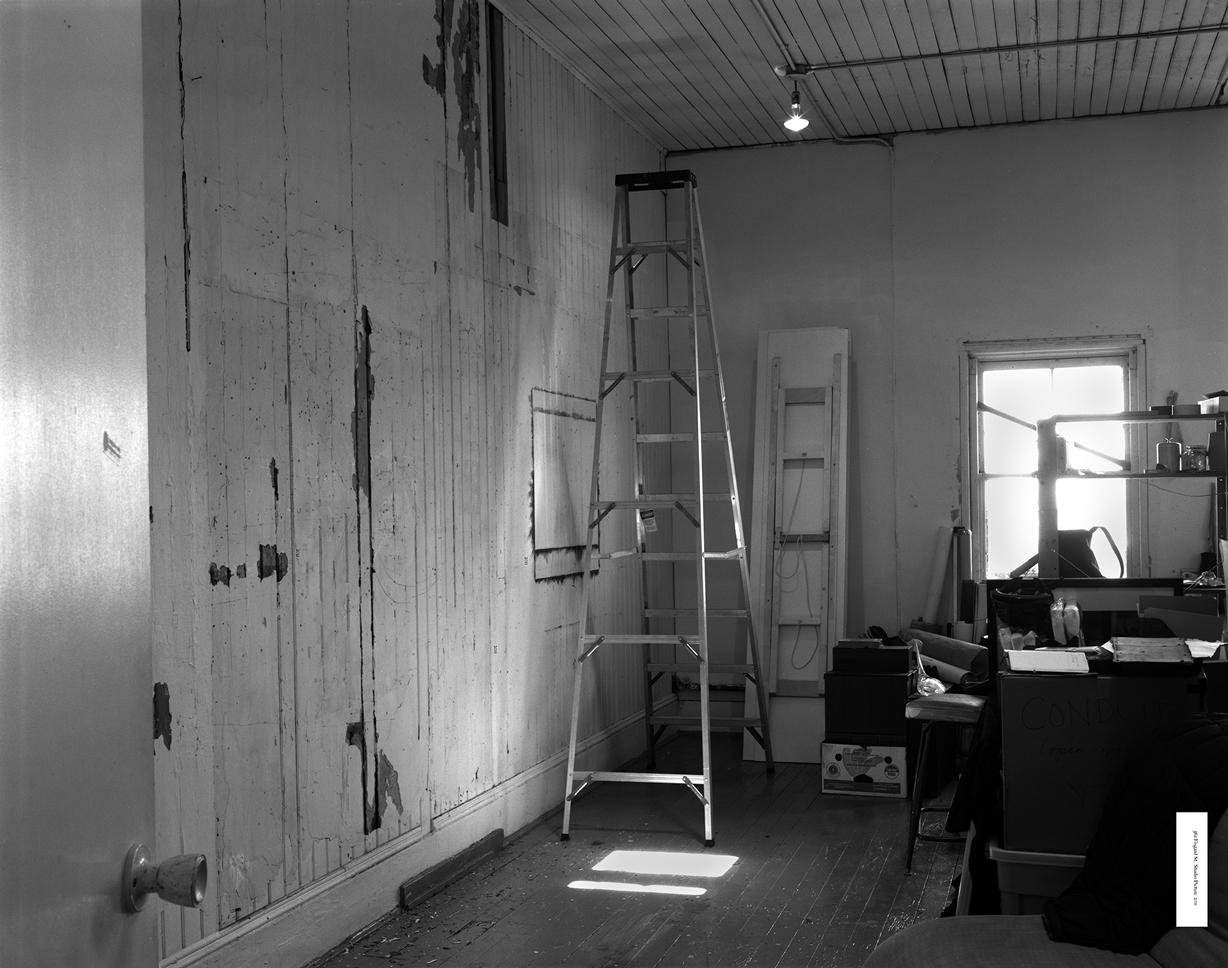 Intervening in the Studio Space

With this project Trudi and I brought photography and the artist studio into relationship through a close studio of one long wall. Using photography’s relationship to indexicality we sought to examine the wall and its many layers with a notion towards understanding the history of the life and work that was held in this wall that was consecutively inhabited by women artists for over thirty years. Wallpaper, mahogany door skin and many layers of white paint had been applied to the wall. As we pulled off the white 4’X8’ mahogany plywood panels a drawing that I had made on the wall in the 1980’s was revealed.

We began our close investigation of this wall by building a large format (16” X 20”) analogue view camera (9’ long, 6’ high and 2 ½’ wide). Drawing on photography’s relationship to indexicality, the camera’s lens was focused on the wall so as to expose a 16” X 20” section at exactly 1:1 scale. We then proceeded to take an exposure (25 minutes), then peeling back a layer of the wall, then another exposure and so forth, documenting the layers. This resulted in 3 series of 16” X 20” negatives and contact prints.  Although documented at exceptionally high resolution the peeling process and photographs actually revealed little of the buried history, a history for the most part undocumented and unavailable. In 2017 Trudi and I re-covered my drawing and the pealed parts of the wall with the original pieces of white plywood panelling and left the studio. 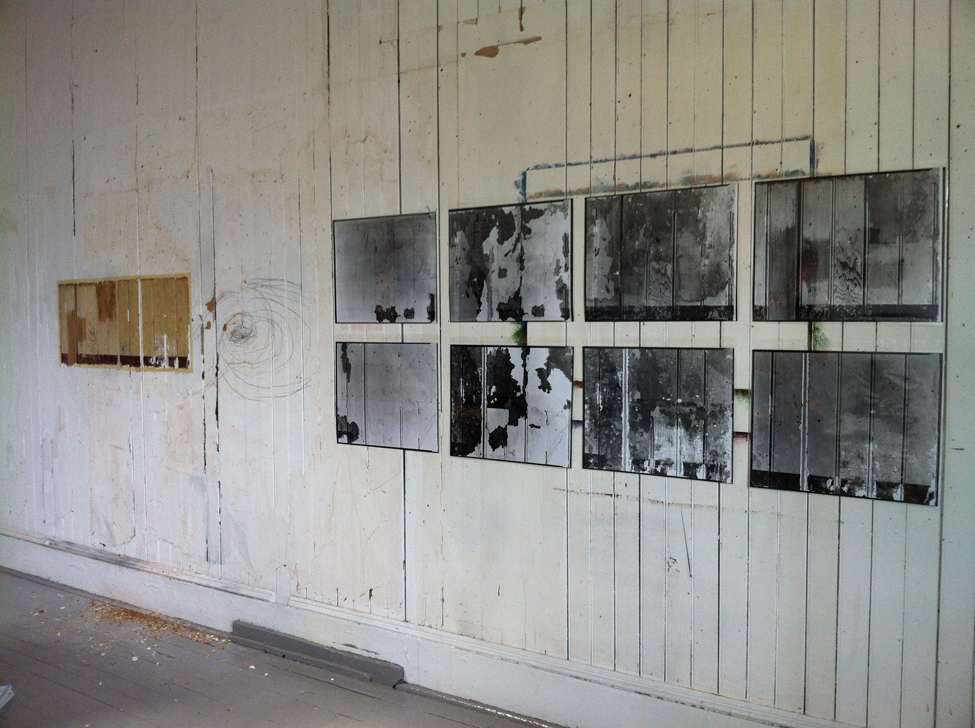 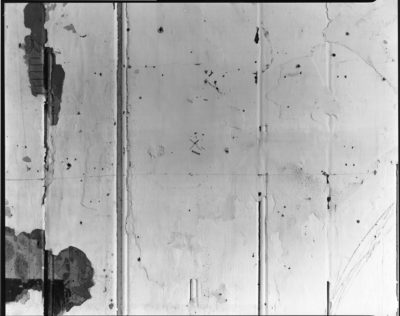 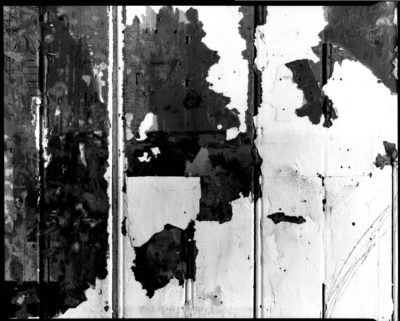 We soon realized that the studio itself needed to become the site of exhibition and public exchange for our work and in order to invite this conversation we invited groups of people (approx. 20 in each group) to attend three open studio events called 1:1 (25 minutes). Reciprocity: the Large Camera and the Studio Wall, (Oct. 17, 2015), looked at the relationship between analogue photography and the real; The Long Exposure: Duration, Meditation and the Un-archivable, (Oct. 23, 2015), invited people to the studio to meditate together during the 25 minute exposure and The Artist Studio: Disappearances and Reappearances, (Nov. 1, 2015), looked at the the lives of artists studios. People are interested in artist studios and the camera provided an interesting focal point and ‘lens’ through which people could ‘examine’ the wall.

The events, eventually brought over 200 people into conversation in the studio around a particular topic in the presence of the camera, the peeling and the exposure of the film. Visitors were attracted to the wall, the artist studio space and the camera and this sparked lively conversation. The experience of going under that black velvet hood of the camera and seeing the image of the wall upside down and backwards projected onto the large glowing glass screen prompted immediate visceral and emotional responses from everyone who experienced it. The relationship between the projected image, the actual wall and the black and white photographs provided a lively triangulation regarding photography’s mesmerizing and magical indexicality. 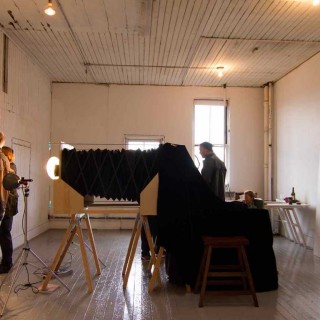 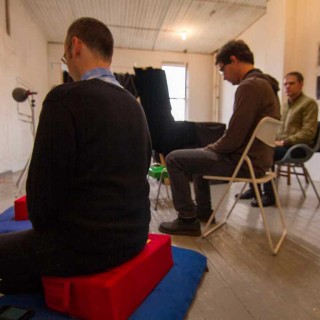 In addition to the camera and the photographs we also researched the process of glass plate photography and created glass plate images of the interior and exterior of 562 Fisgard. 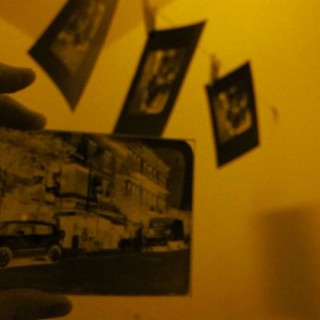 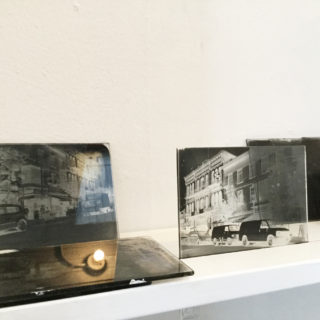 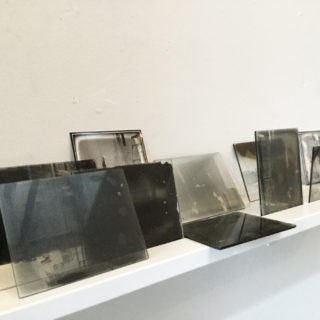 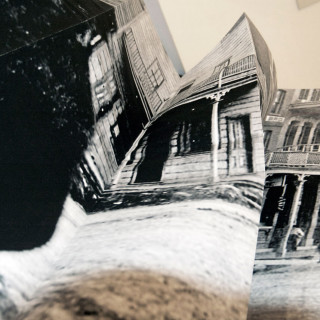 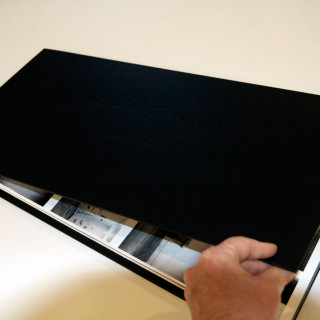 I also created a series of photographs of myself meditating while the camera exposed pictures of the wall. 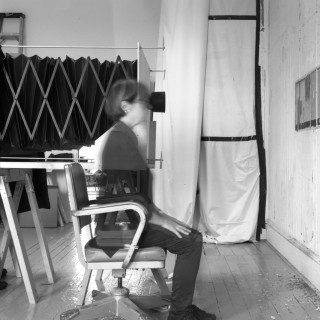 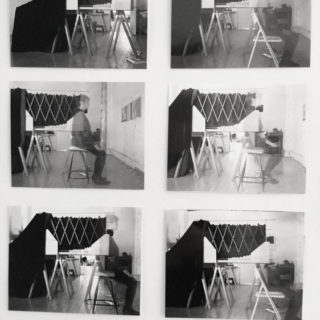 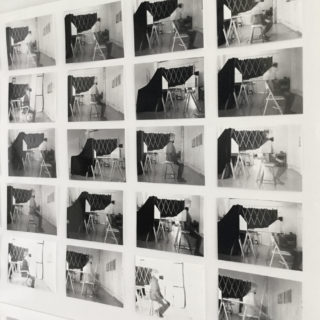