Despite our strategies to bridge the visual ‘gap’ between the photograph and the thing being photographed, that distance stubbornly remains.

Since the 1980’s I had been photographing the 562 Fisgard Street studio. Recently, working with Trudi Lynn Smith we decided to embark on a photographic examination of the main studio wall. 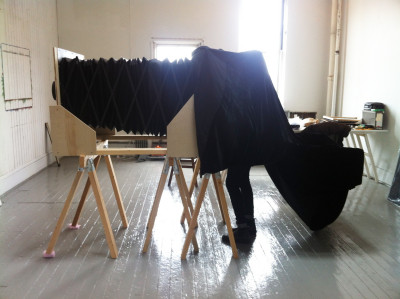 Some years earlier I had come across a very large set of bellows in a cupboard in the Visual Arts Department…. likely left after the dismantling of a copy camera somewhere on campus. Starting with these bellows we pieced together a lens, a film holder , a ground glass screen and built a 16″ X 20″ camera.  I made the large ‘dark cloth’ 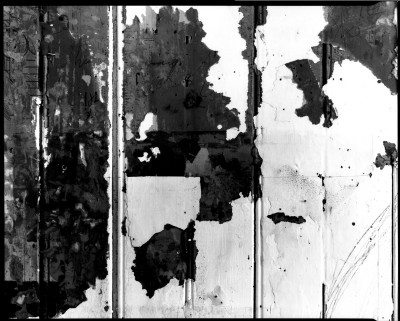