Scanning through the Ikebana section of the university library I came upon this book: Rikka: The Soul of Japanese Flower Arrangement by Fugiwara Yuchiku

The book speaks of the origins of traditional ikebana dating back to the 1500’s. The practice grew out of the ancient Japanese custom of offering plants and flowers to Buddhist or Shintoist deities.

In Yuchiku’ s words, Rikka is an art “like a hermits magic, that makes it possible to recreate vast landscapes depicting rivers and mountains by assembling a few small branches and arranging them in a broken urn….”

In this early form of ikebana the arrangements were large and were more built than arranged. In addition, artificial aids, (i.e. pieces of wood etc.) were employed in order to join branches to one another and create what appears to be a natural scene. Following are pictures from the book that show a Rikka arrangement being constructed. 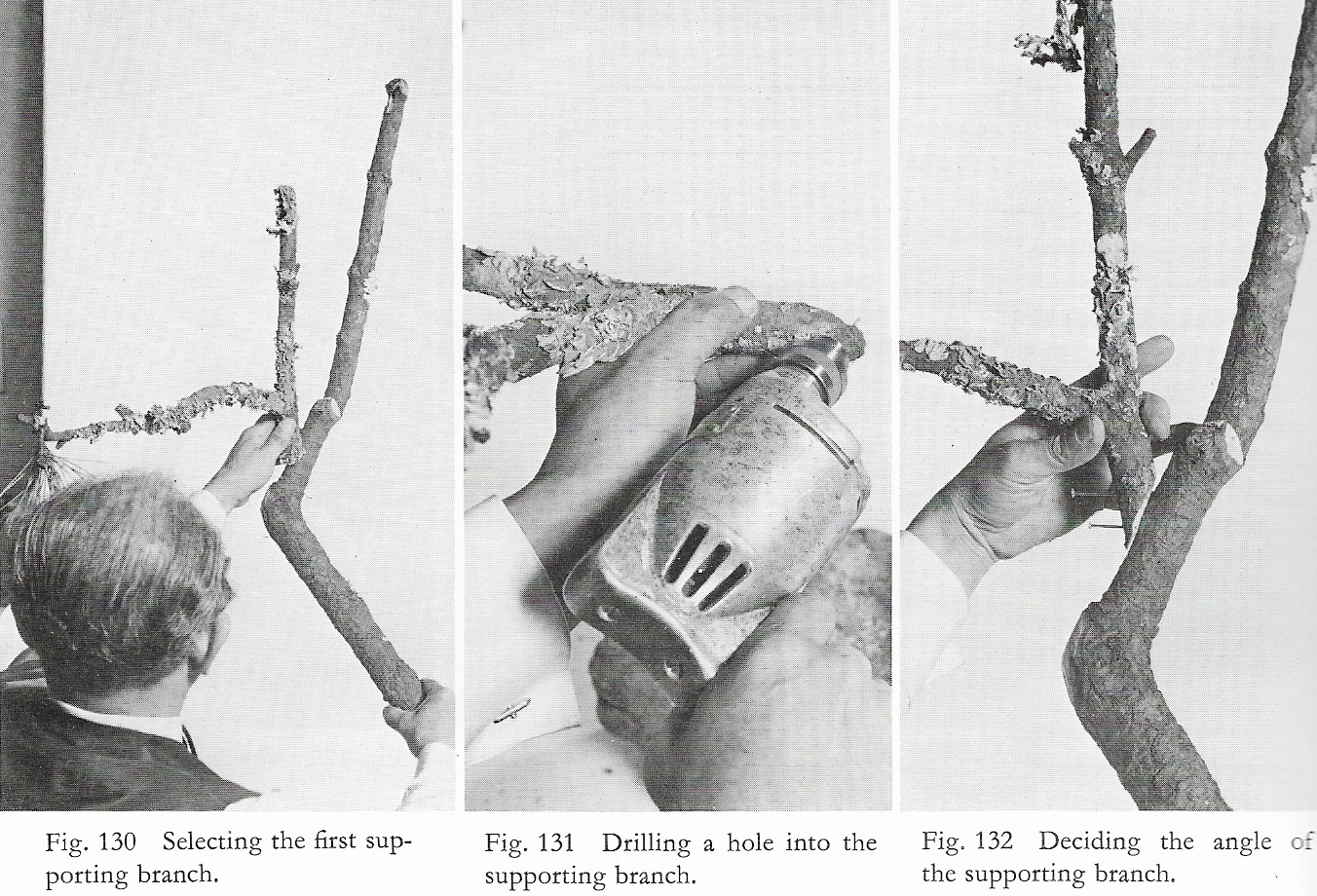 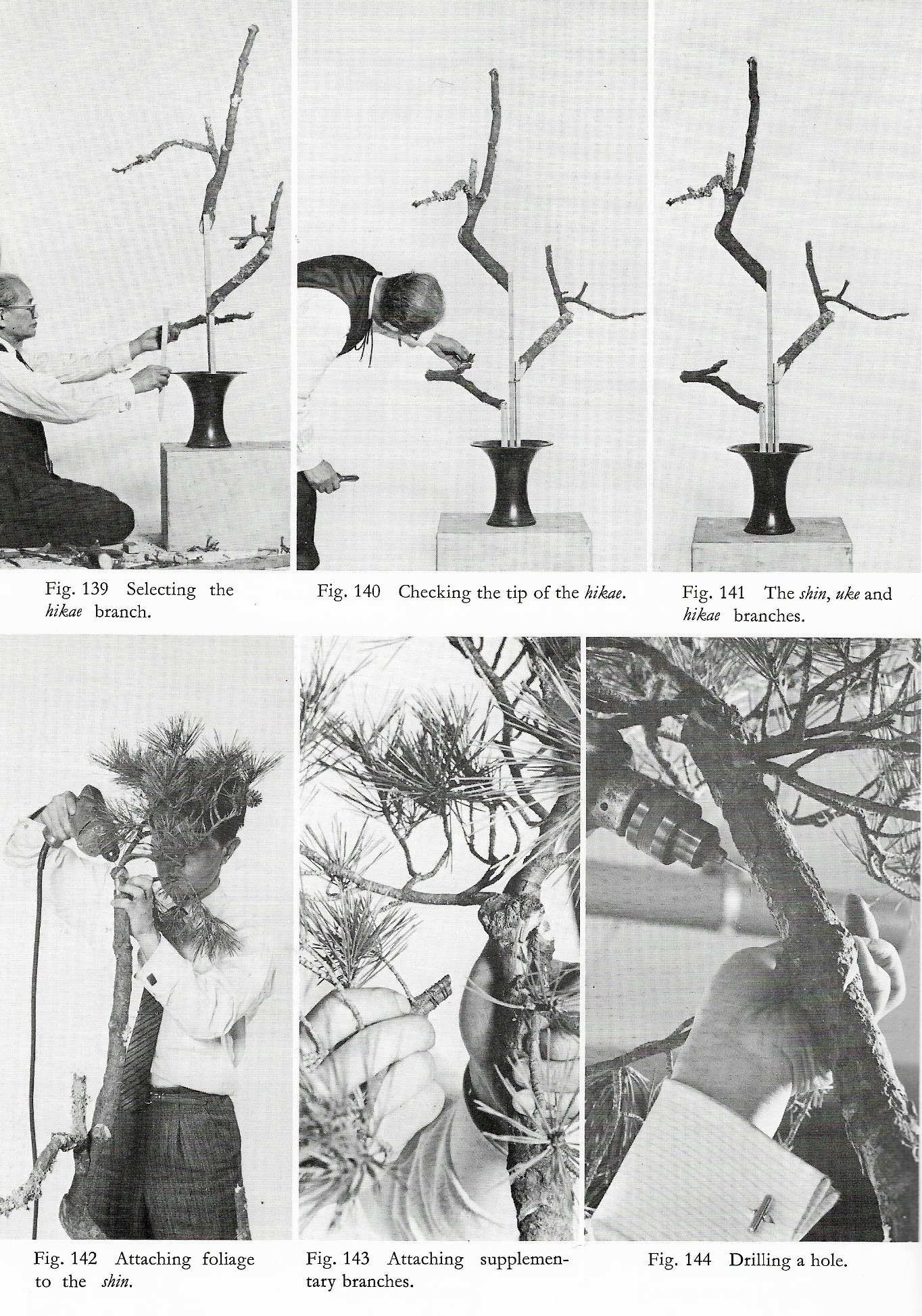 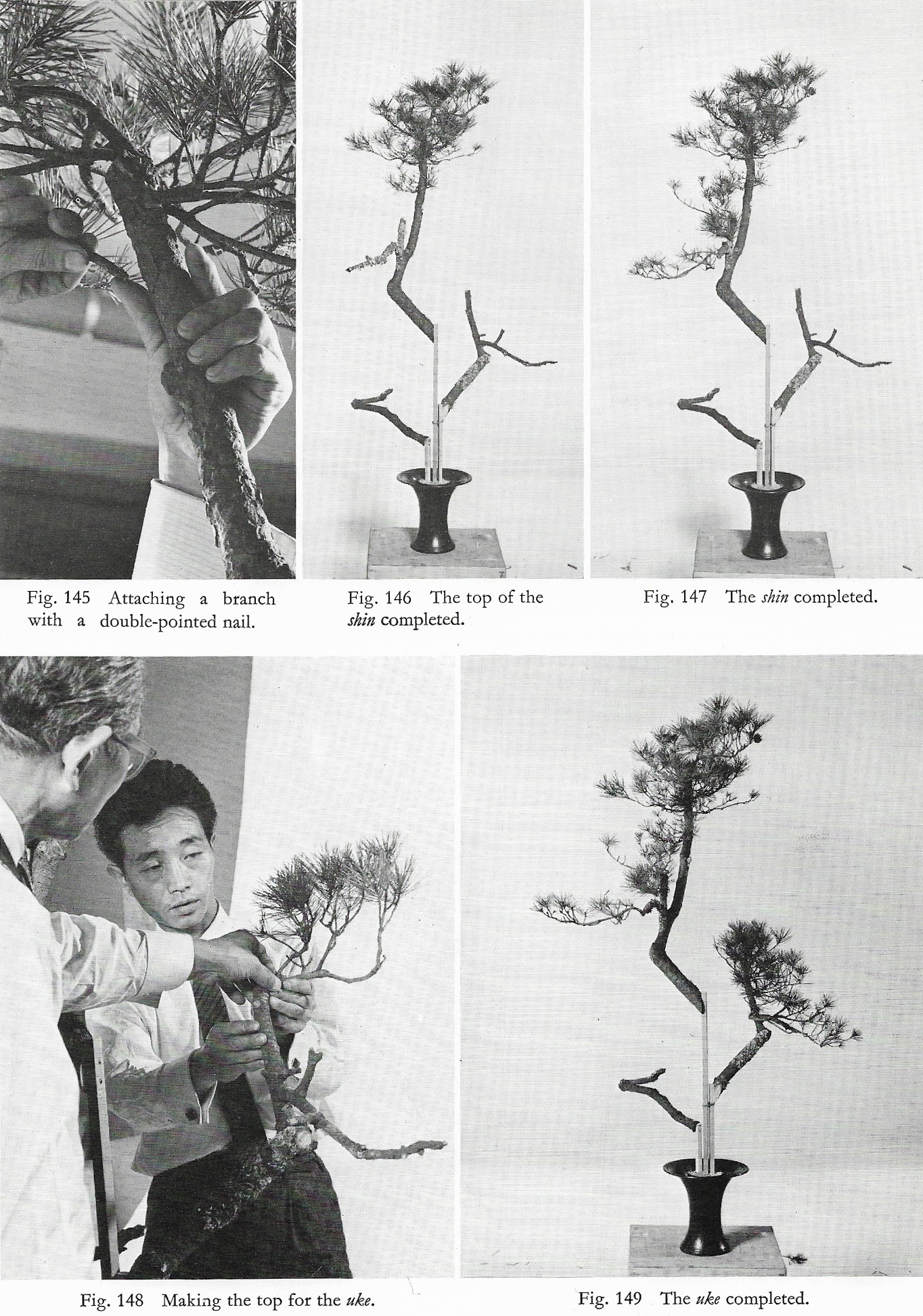 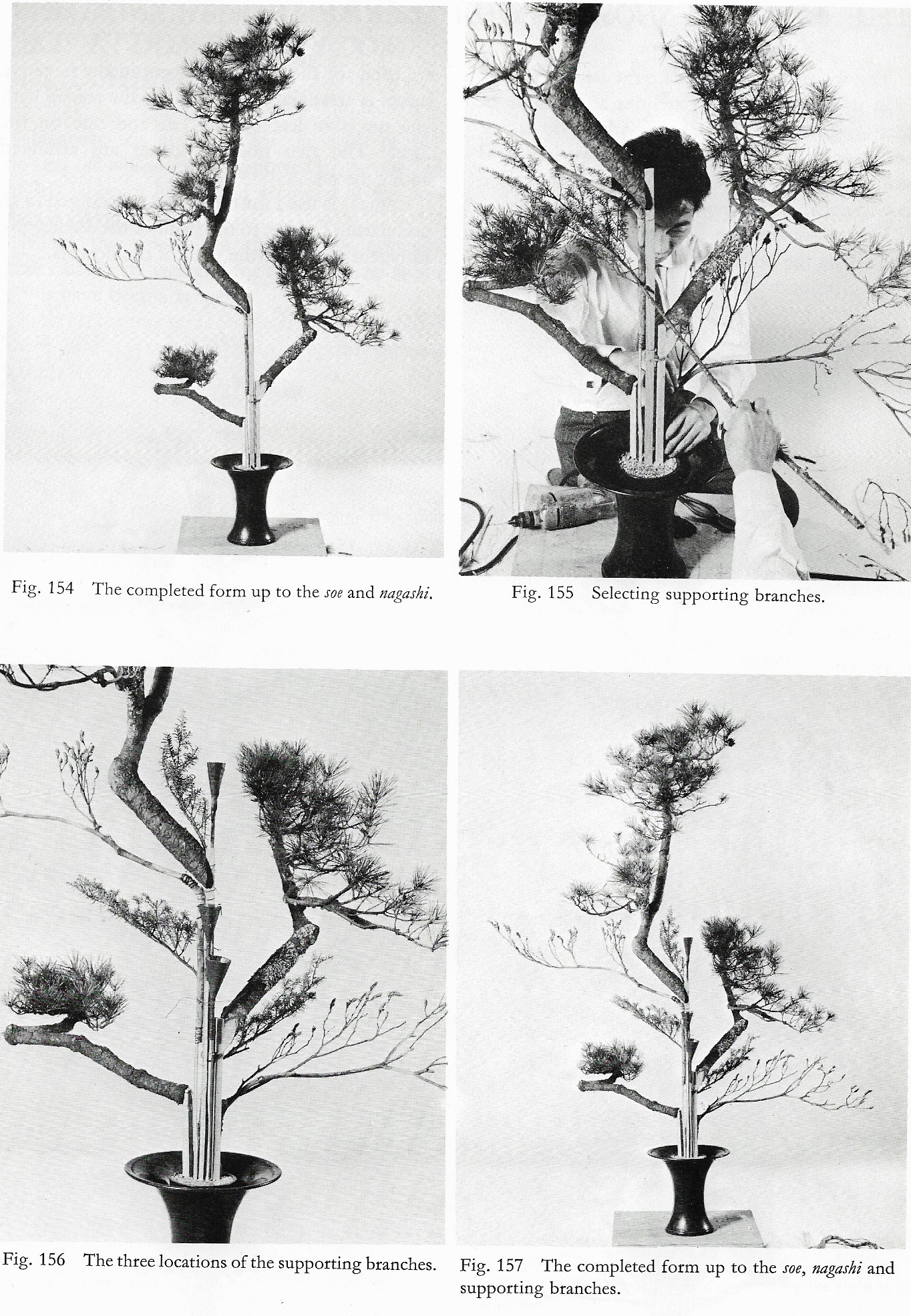 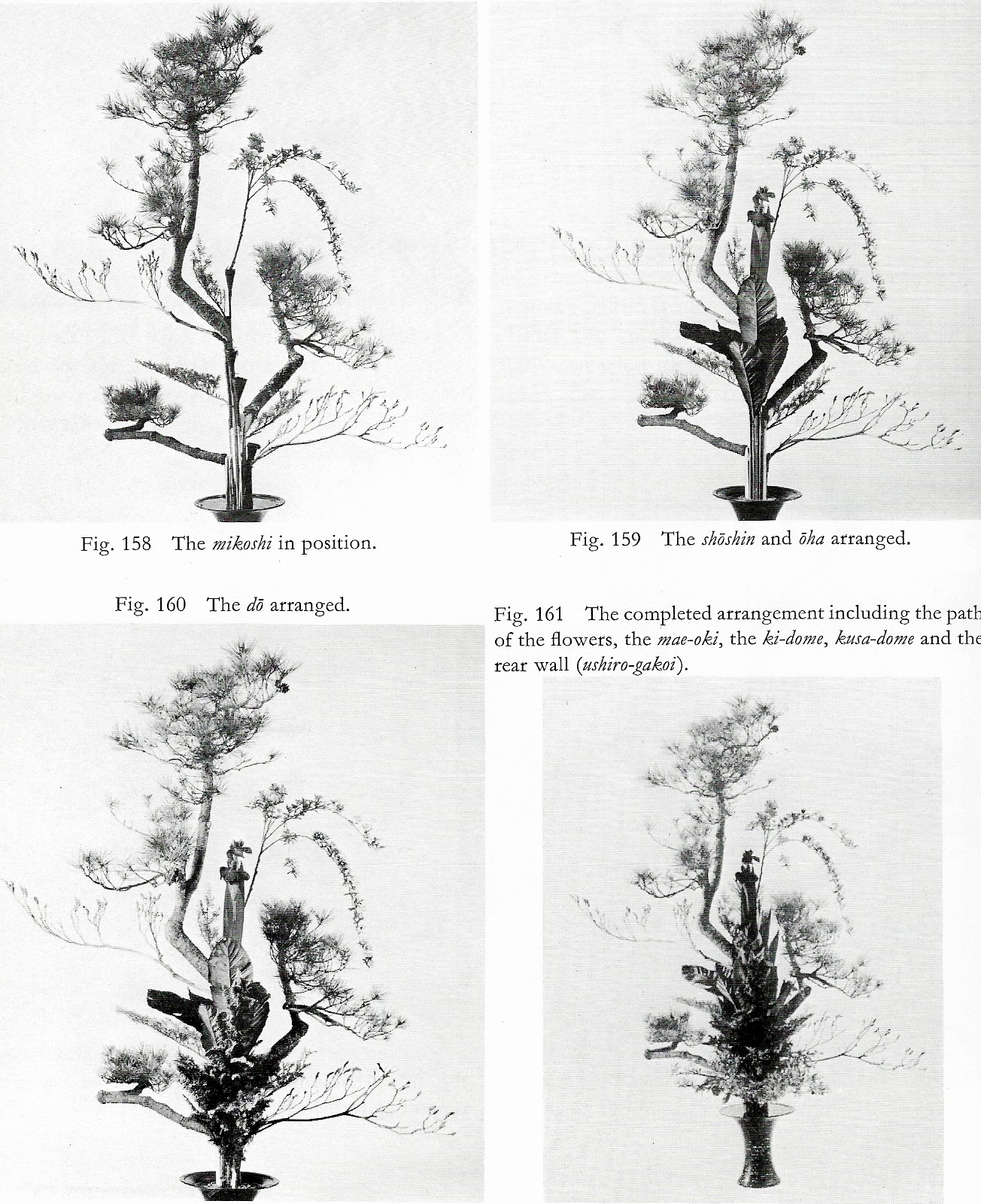 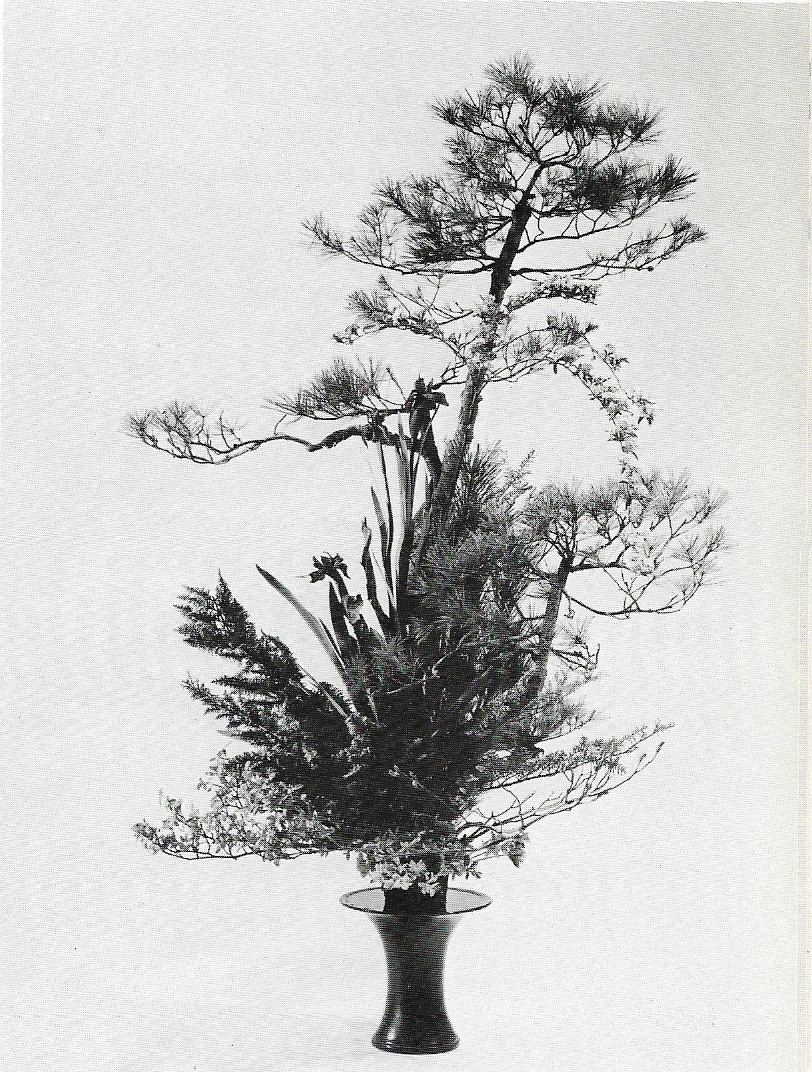