After completing a portrait of a child of the Mond family in 1906 Rosso stopped making sculpture completely. Most scholars considered this as an ‘inactive’ period of Rosso’s life. 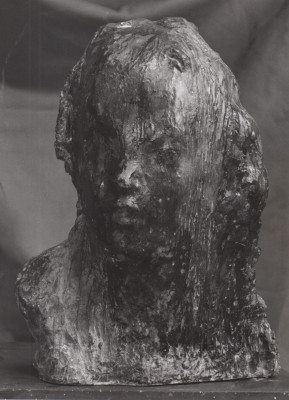 However, Francesco Bacci in her essay Sculpting the immaterial, modelling the light: presenting Medardo Rosso’s photographic oeuvre, suggests otherwise. “From 1906 until his death in 1928, he focused intently on writing his art theories and on producing sculptural replicas and photographic reiterations of his own sculpture.  …. contrary to the opinion of previous scholarship, the second half of Rosso’s career was dedicated to the achievement of his artistic goals through the creative medium of photography. 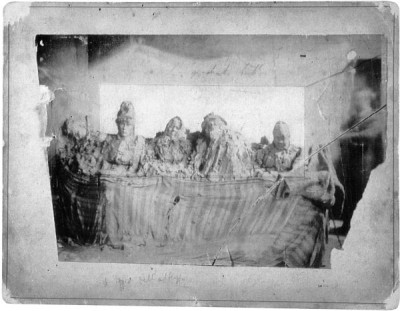 Rosso created sculpture which he intended should be seen exclusively from a unique vantage point- the same as that from which the artist received his ‘first impression’ of the subject – so that the viewer could share his emotion. This viewing modality is the visual equivalent of observing a flat object. Because a photograph is an exact two-dimensional representation of an image perceived from a unique point of view, the best visual translation of Rosso’s aesthetic theory lies in the photographs of his own sculpture….”